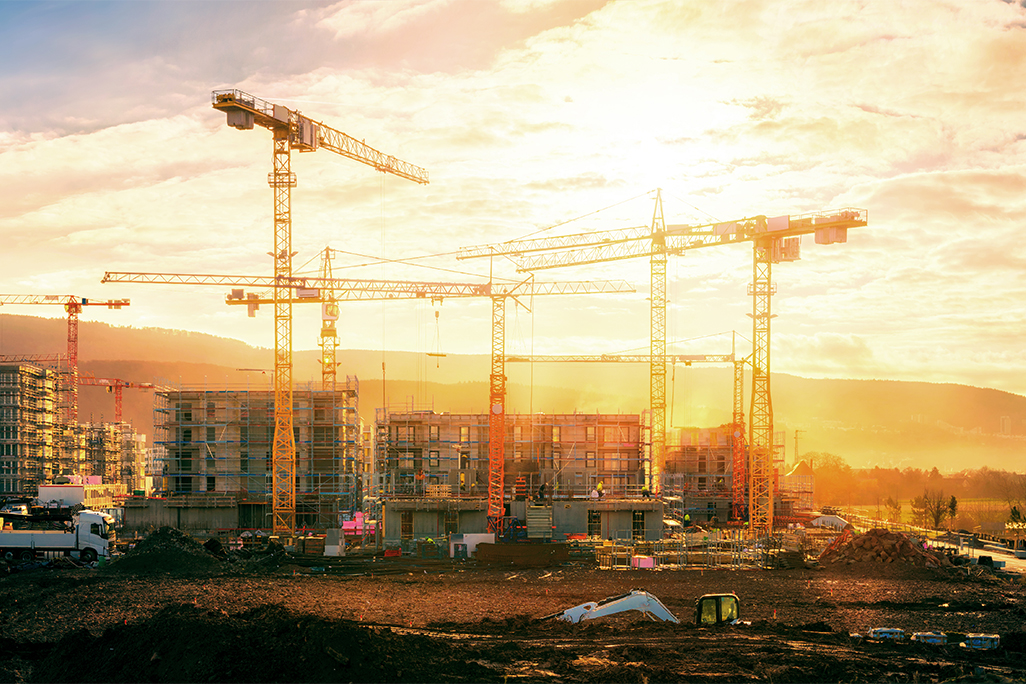 In October 2021 the UK government published its Net Zero Strategy with the intention of setting out a pathway to reaching net zero greenhouse gas emissions by 2050.

According to RICS' report on decarbonising UK real estate, the built environment accounts for around 30% of total annual carbon emissions in the UK. In 2019, carbon emissions generated in the operation of buildings via the use of electricity and the burning of fossil fuels for heating and cooking ("operational" carbon emissions) accounted for 23% of total UK emissions. An additional 7% of carbon emissions were "embodied" into buildings during the manufacturing and construction stages as a result of the energy used in those processes.

One key element of government policy directed towards the decarbonisation of the built environment is the Heat and Building Strategy, published by the government in October 2021, and which set out plans to decarbonise homes and buildings. Principal announcements in the strategy included:

Notable regulations concerning the decarbonisation of the built environment include the Future Homes Standard, which will require the delivery of homes that are "zero carbon ready" by 2025, and the Future Building Standard which will impose the same requirement on new non-domestic buildings. Being "zero carbon ready" effectively means that in the longer term, no further retrofit work for energy efficiency will be necessary to enable the buildings and homes to become zero-carbon.

Interim Building Regulation amendments were introduced last year as a stepping stone to the 2025 requirements imposed by the Future Homes Standard and the Future Building Standard. These changes to Part L of the Building Regulations require a reduction in carbon emissions (compared with current standards) by 27% for new non-domestic buildings and by 30% for new domestic buildings.

Other planned measures and targets to decarbonise the built environment include:

Though current government policy will go some way towards decarbonising the UK built environment, the prevailing view is that the current measures do not go far enough, fast enough.

As set out by RICS in its report on decarbonising real estate, it is widely understood in the industry that existing UK policy is insufficient to adequately reduce carbon emissions from buildings and for the UK to meet  its carbon emissions reductions targets: a 68% reduction in emissions by 2030 (compared to 1990 levels), and net zero carbon by 2050.

Some of the areas of particular concern that are identified in the report include the lack of measures aimed at existing buildings, lack of regulations tackling embodied carbon and insufficient industry-wide metrics.

The lack of measures aimed at retrofitting existing building stock to improve energy efficiency. This presents a real issue for decarbonisation targets, as 80% of 2050's buildings have already been built. These buildings represent a significant source of carbon emissions, which may also come to affect the value of these buildings. This is because a failure to properly assess and quantify the cost of energy efficiency measures could, as noted recently by the World Economic Forum, result in a "carbon bubble", where properties are overvalued due to retrofitting costs being omitted from current market valuations.

The report recommends that a national programme be established to fund retrofit projects in order to tackle energy inefficiency in existing buildings.

The absence of any regulations tackling embodied carbon leaves this sizeable source of carbon emissions uncontrolled. One way in which such regulation could be introduced is via a new section of the Building Regulations which deals with embodied carbon (such as the proposed Part Z reforms which we touched on in this Insight).

The government has not, however, given its support to these reforms to date, noting instead that it intends to consult on embodied carbon in 2023/24, and indicating that it is minded to use the planning system to regulate embodied carbon. Given the size of the problem of embodied carbon, any such consultation, whenever it might appear, will be of significant interest to the construction industry.

There are insufficient industry-wide decarbonisation targets and standardised metrics to assess both a building's construction and its operational carbon performance.

The report recommends that specific science-based decarbonisation targets are set for each sub-sector of the construction industry (such as residential or commercial) and individual building levels so that individual buildings can be tracked and regulated against these targets.

As highlighted by the UK Green Building Council (UKGBC) in its recent assessment of government policy, increased government intervention in these areas presents a number of opportunities to help the sector to grow and develop in a way that is consistent with the government's net zero targets. These opportunities to boost the green economy are incidental to the more immediate prizes of savings on energy bills, increased energy security, secure jobs and "levelling up". This is a message that was reiterated on a wider policy scale in the recent Mission Zero report following the independent review into net zero commissioned by the government, which commented that "net zero is the economic opportunity of the 21st century".

Effect of climate litigation on strategy

Another development in 2022 that will necessarily affect the government's approach to its net zero targets in future was the successful challenge to the government's 2021 Net Zero Strategy from climate group Friends of the Earth. The group claimed that the strategy lacked detail as to how exactly the cutting of emissions would be achieved, which in turn breached the government’s legal duties under the Climate Change Act 2008.

As a result of this litigation, in July 2022, the High Court ruled the strategy to be unlawful, and ordered the government to produce a report for Parliament by April 2023 to confirm how the proposed net zero strategies will achieve a reduction in climate emissions.
This will mean that the government's flagship Net Zero Strategy will have to be reviewed in order to provide more accurate and reliable "evidence-based" data to inform its policies, which will provide an opportunity for clarity from the government about how it intends to fulfil its net zero commitments. This review is likely to be aided by the Mission Zero report, which set out a number of recommendations for the government in its approach to net zero.

In the absence of government policy on the standardisation of metrics to measure the decarbonisation of the built environment, industry bodies are looking to fill this gap. In 2022, a number of leading construction industry organisations (including RIBA and the UKGBC) joined forces with carbon reduction bodies such as the Carbon Trust to champion the UK's first Net Zero Carbon Buildings Standard.

The standard is being developed in response to market analysis which showed a clear demand for a single, agreed methodology and set of metrics to determine whether a building can be considered to have a net zero carbon performance. The intention is for it to enable industry players to prove against an objective standard that their built assets are net zero carbon and in line with the nation’s climate targets.

Its proposed scope is broad and it will set out metrics by which net zero carbon performance is evaluated, as well as performance targets, or limits, that need to be met. These are likely to include energy use, embodied carbon, space heating/cooling demand and peak load, and it will cover the approach to carbon accounting, procuring renewable energy and the treatment of residual emissions, including carbon offsetting.

Once developed, the standard will be available to anyone who wants to either demonstrate, fund, procure, design or specify a net zero carbon building: including developers, contractors, asset owners and managers, investors, consultants and other building industry professionals.

It is hoped that it can form the basis for consistent performance requirements across the industry and can provide an objective, meaningful measure against which decarbonisation efforts in the built environment can be measured and reported.

While meaningful progress on decarbonisation in the built environment (at a regulatory and institutional level) still appears to be relatively slow, no doubt somewhat affected by the prevailing politico-economic forces in the UK over the last 12 months, it is becoming more widely accepted in the construction industry that the scale of the decarbonisation challenge requires a substantive update of UK regulation of construction and real estate.

While the court-mandated clarifications of the Net Zero Strategy may address some of the gaps in current policy and direction, the lack of current government intervention and regulation in the decarbonisation of the built environment casts a shadow over the ability of the industry to reach the government's near and longer-term decarbonisation targets. The efforts of those in the industry working towards reducing the carbon impact of the built environment risk being undermined if not supported and utilised by the government.

There are, however, some general trends that we expect to see to further the decarbonisation agenda for the built environment in 2023, including further substantive work on decarbonisation metrics, targets and policy to accelerate the reduction of both operational and embodied carbon emissions arising from real estate and construction, in line with the latest national decarbonisation targets. Contractors are likely to have to be more "carbon conscious" at the beginning of projects when considering a green design and will also need to consider wider whole-life carbon factors that could impact the carbon footprint of a building such as resource efficiency (recycling raw materials rather than sourcing anew), demolition and waste disposal.

There is also the potential for carbon budgets to work alongside financial budgets on construction projects in the UK. In addition, lenders are increasingly likely to require developers (and purchasers) to demonstrate compliance with relevant green requirements, as a pre-requisite to accessing funding (as we are already seeing with increasing ESG elements and provisions in loan facility agreements). 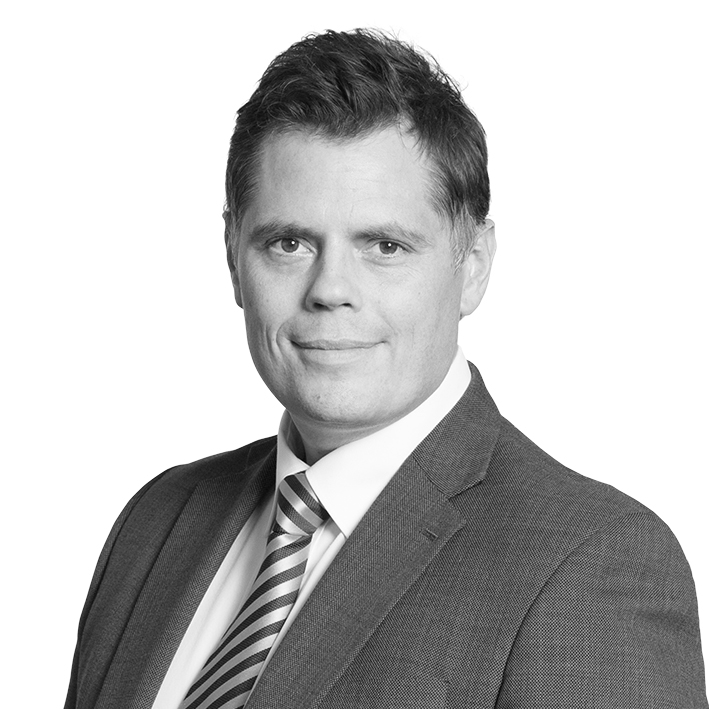 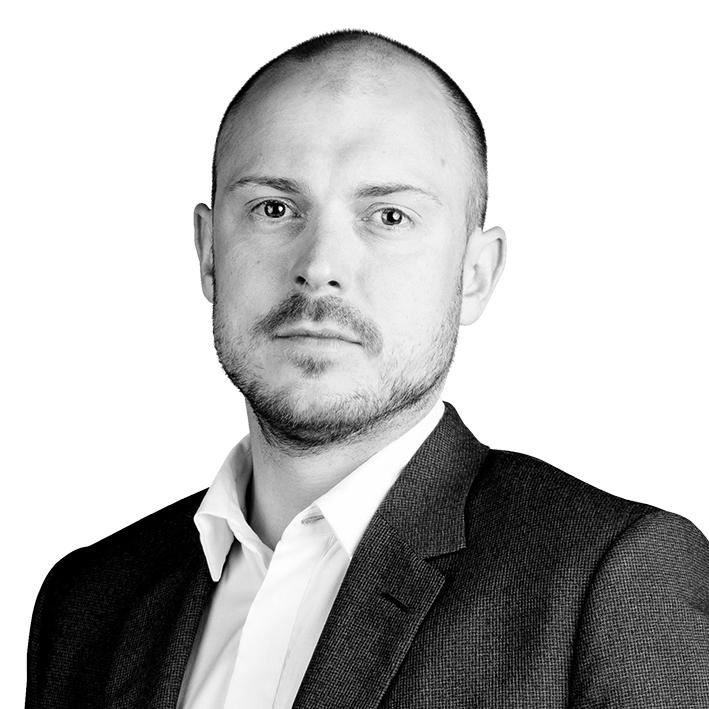