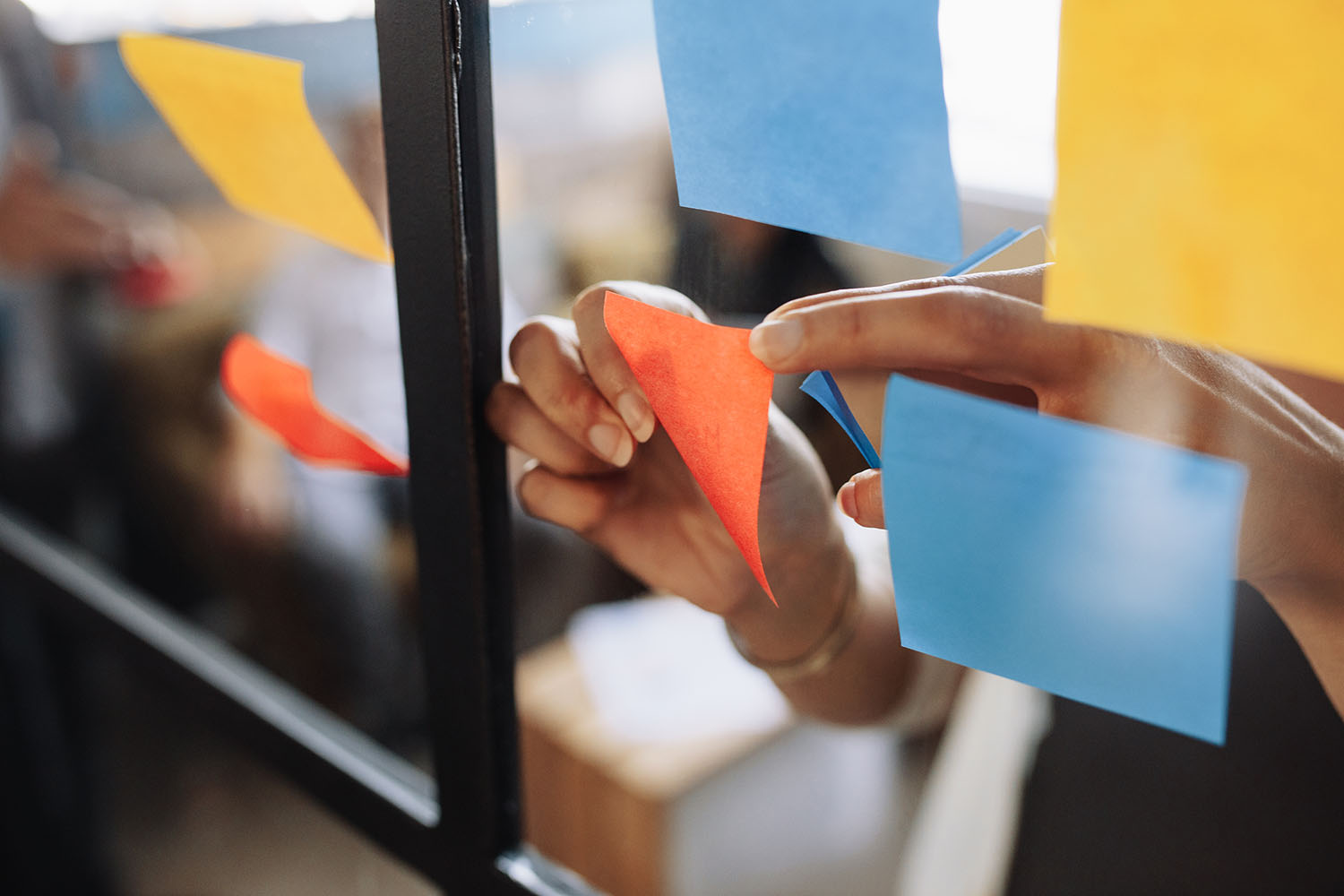 It was recently announced that experienced intellectual property (IP) barrister, James Mellor QC, has been appointed as a High Court judge assigned to the Chancery Division. His appointment takes effect on 8 February 2021 and there is no doubt he will be duly assigned to the Patents Court given his very strong patents experience and engineering background.

For a long time, the English Patents Court has enjoyed a strong reputation (domestically and internationally) as an attractive forum for hearing technically complex patent disputes. It is a specialist court with specialist judges who are highly experienced in patent matters, producing coherent well-reasoned judgments which are a significant contribution to global patent jurisprudence.

It has been an eventful few years for judges and former judges of the Patents Court. Here we examine some of these recent developments as well as some of the history to the court's reputation as a centre for hearing patent disputes.

What are the pros and cons of using a specialist court, like the Patents Court, for hearing disputes?

Specialist courts are seen as far more effective and efficient at dealing with a particular area of law than generalist courts (especially if it is a complex area of law, such as IP). This applies to the streamlining of procedure; dedicated judges will recognise fact patterns and issues more quickly allowing them to deliver effective case management decisions to focus on key issues (for example, the Patents Court's pragmatic approach to disclosure in light of Positec v Husqvarna and Illumina v Premaitha). It also applies to the conduct of trials where less time needs to be spent explaining technical concepts and judges experienced in the area are more familiar with relevant authorities. For litigants, it means they know how best to frame their cases at the outset of the action and how best to focus the evidence and arguments. At trial, there is rarely a need to build the case from the ground up.

With specialist courts, there should be greater reliability and consistency with higher-quality decisions being made by experienced judges, which should produce more predictable outcomes. Consistency in decision-making is important for users of the court; inconsistency will result in a lack of confidence and reduced appetite for litigants to use the court. This loss of confidence was seen in the early years of the Patents County Court (now the Intellectual Property Enterprise Court or IPEC) where the majority of decisions were overturned on appeal.

Some of the negatives are that specialist judges become blinkered into a particular way of thinking or addressing particular issues without seeing the broader context. Generalist judges can offer a breath of fresh air by addressing issues without fixed preconceptions, which can occur when a specialist judge feels familiar with the technology based on a previous case in a similar field. One other issue that is sometimes raised is that the Patents Court can be harsh on patentees from time to time. The answer to this is often that the UK system is not anti-patent per se, but it is procedurally rigorous and can be unforgiving on weak patents. There is not the same presumption of validity that there is in some other jurisdictions. Moreover, looking at data from Patents Court decisions over the last few years show that in most cases, the patents considered were upheld as valid.

Constitution of the Patents Court

The Patents Court consists of a number of nominated judges from the Chancery Division of the High Court. They are nominated by the Lord Chief Justice in consultation with the Lord Chancellor. In practice, patent judges are selected from very experienced patent law practitioners (most often patent barristers) frequently, but not always, with technical, scientific or engineering backgrounds.  This has allowed the court to develop extensive experience in patent law and the ability to deal with complicated technologies (the court can appoint a scientific adviser but this is quite rare in practice).

At present, there are 17 Chancery judges including six judges assigned to the Patents Court. Patent cases are categorised by reference to technical complexity ratings on a scale of one to five (with five being the most technically complex). In the past, the likes of Aldous, Jacob, Laddie, Pumfrey, Kitchin and Floyd JJ (as they then were) were all able to hear the most technically complex patent cases. At present, out of the six Chancery judges assigned to the Patents Court, Birss and Meade JJ are able to hear cases with a technical difficulty rating of four or five. IP practitioners who have been appointed as deputy judges in the High Court are also on hand to hear patent trials to help bottlenecks occurring if there are too many category four or five cases before the Patents Court.

Specialist patents judges existed before the Patents Court was formally established under the 1977 Act. The first such patents judge, Mr Justice Lloyd-Jacob, was appointed in 1950 following the earlier 1949 Act. Before that, patent matters were generally heard in the Chancery Division of the High Court by any Chancery judge. Not having specialist judges was a factor that resulted in longer trials in patent cases with considerable time being spent explaining the technology of the invention to judges and the relevant authorities which were well known to patent practitioners. It was recommended (by the Swan Committee in 1946, implemented in the 1949 Act) that two judges, who have suitable technical or scientific qualifications and preferably some previous experience of patent litigation, be appointed to hear patent actions. A second patents judge, Mr Justice Graham, was appointed in 1969 (he did not have a scientific background but was experienced in patent matters at the Bar).

It was subsequently recognised that a specialist court was needed to deal more efficiently and effectively with patent litigation. This recommendation was made in 1970 by a government committee (the Banks Committee) set up to examine the patent system and was ultimately adopted in the reforms introduced by the Patents Act 1977 (which updated and aligned the UK with aspects of other national European patent systems and is the current cornerstone of UK patent law).

The appointment of James Mellor QC, is the most recent news in a flurry of activity over the last couple of years among the Patents Court judges.

Back in 2018, the Patents Court had a very strong line-up with Arnold, Birss and Henry Carr JJ all able to hear category four or five cases.  In the Court of Appeal, we had former Senior Judges of the Patents Court, Lords Justices Kitchin and Floyd (and Lewison LJ who also has experience of hearing patent matters at the bench). In the Supreme Court, we had Lord Neuberger who studied chemistry at university and who had a good deal experience of hearing patent matters throughout his career as a judge. During this time, there was strength at every level of the judiciary. It was reminiscent of the bench strength that existed around the mid-1990s to the mid-2000s when Jacob, Laddie and Pumfrey JJ were Patents Court judges with Aldous LJ in the Court of Appeal and Lord Hoffmann in the House of Lords.

In June 2018, it was announced that Lord Justice Kitchin would be appointed as a Supreme Court Justice (effective on 1 October 2018). In July 2019, we heard of the tragic loss of Mr Justice Henry Carr. A few days before this sad news, it was announced that Mr Justice Arnold would be elevated to the Court of Appeal. This appointment took effect on 1 October 2019 but Lord Justice Arnold continued to hear patent matters and trials in the High Court as recently as April 2020 (when he handed down judgment in the Akebia Therapeutics v Fibrogen case).

In July 2020, it was announced that Mr Justice Birss would be elevated to the Court of Appeal (his appointment will take effect when vacancies arise from Autumn 2020). While this was great news and bolsters patent strength in the Court of Appeal, there was very real concern over the vacuum created by their departure. If first instance decisions are unreliable this will increase costs for businesses and unduly delay proceedings. Who would fill the gap and would we still have the same calibre of judges at first instance?

Welcome relief came in September 2020, when it was announced that Richard Meade QC would be appointed as a Chancery judge and he has since been assigned to the Patents Court (it seems likely that he will be the "Judge in Charge of the Patent Court" when Mr Justice Birss is formally elevated).  Mr Justice Meade was a pre-eminent patent practitioner with particularly strong expertise in the most complex fields of technology. This news, combined with the newest appointment of Mr Justice Mellor, is excellent news for users of the Patents Court.

The appointments of judges Mellor and Meade JJ ensures continuity of strength for IP cases at every level of the judiciary. We will have Floyd, Lewison, Arnold and Birss LJJ as patent specialists in the Court of Appeal, and Lord Kitchin in the Supreme Court. To date, Lord Kitchin has only heard a single patent appeal as a Supreme Court Justice (Shanks v Unilever on employee compensation for inventions of outstanding benefit) since his appointment took effect despite the relatively high volume of patent appeals before the Supreme Court over the last few years. This is partly due to the timing of his appointment and partly because of his previous involvement as a Court of Appeal judge in patent cases that subsequently came before the Supreme Court (for example, Regeneron v Kymab and Unwired Planet v Huawei).

With these recent judicial appointments, the English Patents Court looks on course to continue to set a strong example of the benefits that having a specialised court can represent to IP owners, other users of the court and consumers. 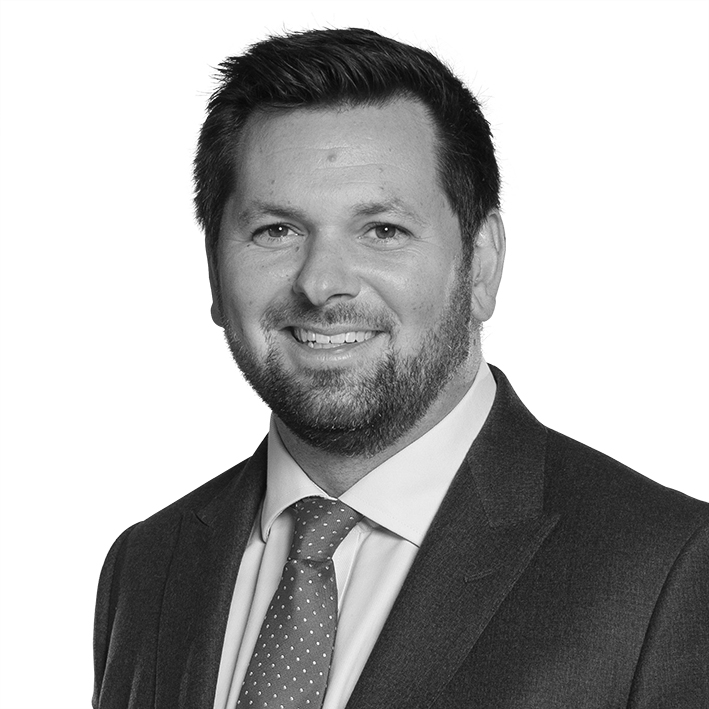 Sales of non-fungible tokens (NFTs) have soared in recent months. NFTs have been issued by businesses in various sectors, to...
14/10/2021
Tech, Media and Comms

We are very excited to release our metaverse report, in collaboration with our partners at Newzoo, the international consultancy for...
12/10/2021
Read time 3m
Life Sciences and Healthcare

The UK government has published its response to a gene-editing consultation launched earlier this year, which sought views on the...
01/10/2021
Read time 4m
Intellectual property

When are content-sharing and file-hosting platforms liable for infringing content uploaded by their users?

The European Court of Justice (CJEU) has issued its long awaited decision on the extent to which content-sharing and file-hosting...
01/10/2021
Read time 6m