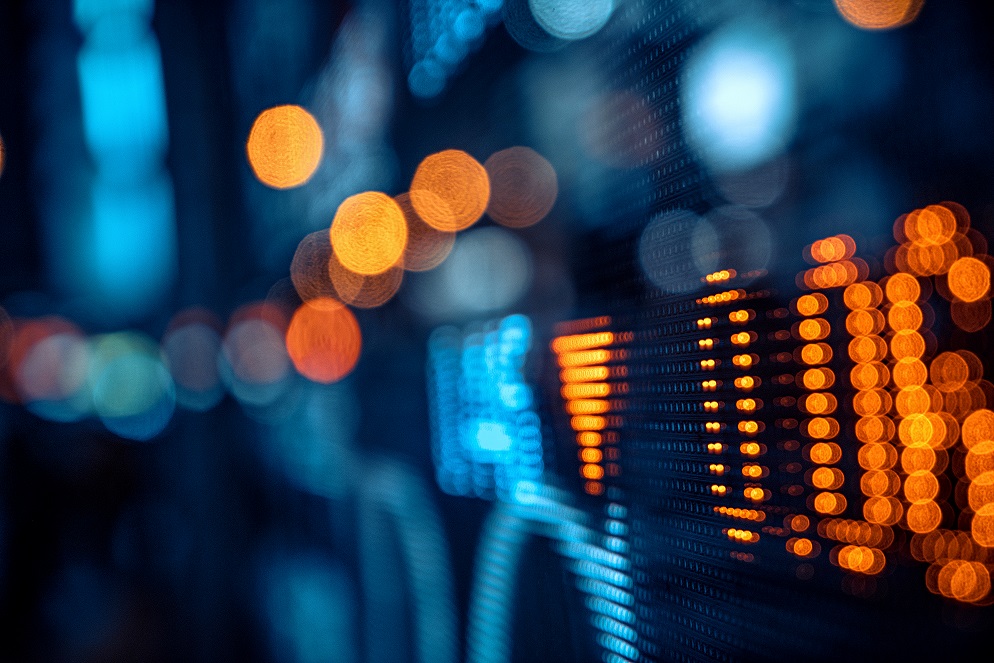 The chancellor, Kwasi Kwarteng, delivered his first fiscal event on 23 September 2022 alongside a "Growth Plan", making growth the government's central economic mission. Despite not being a full-blown Budget - not being accompanied by an economic forecast from the Office of Budget Responsibility (OBR) nor any detailed legislation, it announced a package of reforms to cut taxes, increase business investment and simplify the tax system.

The tax measures follow the publication, two days earlier, of the support to help cut energy bills for businesses via the Energy Bill Relief Scheme.

The chancellor confirmed the announcement made on 22 September 2022 that the government will reverse the 1.25% percentage point rise in National Insurance contributions (NICs) from 6 November 2022.  On that date, the rates will drop back to 2021-22 levels (broadly, 12% for the main rate and 2% for the additional rate and 13.8% for employers) and those levels will continue to apply from 6 April 2023.

As this change will take effect part-way through a UK tax year, the November date has presumably been chosen to give payroll developers and employers time to implement the changes. HMRC had previously asked employers to include a temporary generic message on payslips for the 2022-23 tax year to explain the reason for the NICs uplift. This message will not be applicable from 6 November 2022, and it should be removed from payslips with effect from that date.

The government also confirmed that the new 1.25% Health and Social Care Levy (HSCL) which was expected to be introduced in April 2023 (when the NICs rates would have returned to 2021-22 levels) will also be cancelled through legislation introduced into Parliament on 22 September 2022.

As part of the cancellation of the HSCL, the government confirmed that the increase of 1.25% to dividend tax rates (which was introduced in April 2022 to ensure those who gained income from dividends contributed the same amount to help fund health and social care) will be scrapped from April 2023.

The National Insurance Primary Threshold and Lower Profits Limit which was increased in March's Spring Statement from £9,880 to £12,570 (to align it with the income tax threshold) from July 2022 appear to remain untouched, meaning a bigger net tax cut for middle and higher earners.

Another of Liz Truss's prime ministerial campaign pledges was also confirmed by the chancellor – the reversal of the increase in the rate of Corporation Tax which would have taken effect in April 2023. The rate will now remain at 19%, the lowest in the G20. It is expected that legislation will be included in this year's Finance Bill to reverse the already-enacted increase. The factsheet accompanying the measure includes the government's explanation about how cutting corporation tax helps growth the economy and raise living standards.

In the Spring Statement in March 2022, the previous chancellor, Rishi Sunak, confirmed that the government intended to reduce the basic rate of income tax from 20% to 19% from April 2024 (which would be implemented in a future Finance Bill). The new chancellor announced that this cut would be accelerated and would take effect from 6 April 2023.

Surprisingly, however, he also announced that the additional rate of income tax (45%) on annual income above £150,000 would be abolished from 6 April 2023. This means that all annual income above £50,270 will be taxed at 40%, the current higher rate of income tax. The dividend additional rate will also be removed to align with the dividend upper rate, which is being reduced to 32.5% from 6 April 2023. The Growth Plan highlights that the government is committed to simplifying the tax system and moving to three rates of income tax (0%, 19% and 40%) will result in one of the simpler rate structures in the OECD.

The income tax rate cuts announced do not apply to Scottish taxpayers (although they do apply to Welsh taxpayers). Under the agreed Fiscal Framework, the Scottish government is expected to have more than £460 million of additional funding across the Spending Review 2021 period as a result of these rate cuts to allocate as it sees fit.

In an attempt to keep the housing market moving as interest rates rise the chancellor announced in cut in the rate of Stamp Duty Land Tax, to take effect for purchases on or after 23 September 2022. The residential nil-rate threshold will increase from £125,000 to £250,000; the nil-rate threshold for First Time Buyers’ Relief will increase from £300,000 to £425,000; and the maximum amount that an individual can pay for a home while remaining eligible for First Time Buyers’ Relief, will rise from £500,000 to £625,000.

From April 2023, qualifying companies will be able to grant tax-advantaged CSOP options to employees over shares with a market value of up to £60,000 (double the current £30,000 limit which has been in place for many years). There will also be a relaxation of the rules to enable more growth companies to qualify for CSOP.

CSOP has always been limited in its use because of these restrictions, so removing them will mean that CSOPs are likely to become much more attractive to growth companies, once they cease to qualify to use Enterprise Management Incentives (EMI). You can read more in our Insight.

From April 2023 companies will be able to raise up to £250,000 of SEIS investment, a two-third increase and the gross asset limit will be increased to £350,000 and the age limit from two to three years. The annual investor limit will be doubled to £200,000.

There were no announcements to encourage investment in enterprise investment schemes (EIS) and venture capital trusts (VCT) but the government stated in the Growth Plan that it sees the value of extending them "in the future".

To encourage businesses to invest more in plant and machinery, the Annual Investment Limit, which was due to reduce to £200,000 from April 2023 will remain at a permanent level of £1m.

The government set out the framework for new special investment zones in the UK. Similar to the freeport model, businesses in those investment zones will benefit from time-limited (10 year) tax benefits and less planning restrictions. Businesses will benefit from 100% business rates relief on newly occupied and expanded premises; full stamp duty land tax relief on land bought for commercial or residential development; and a zero rate for Employer National Insurance contributions on new employee earnings up to £50,270 per year. To incentivise investment there will be a 100% first year enhanced capital allowance relief for plant and machinery used within designated sites and accelerated Enhanced Structures and Buildings Allowance relief of 20% per year. Further detail on the planning aspects will be published at a later date.

Removal of cap on bankers' bonuses

As widely trailed in the press, the chancellor announced an end to the cap on bankers' bonuses which was introduced by the European Union in 2008 following the financial crisis.

Liz Truss commented in her leadership campaign that she would look at the IR35 reforms again. The Growth Plan confirms that the 2017 and 2021 reforms to the off-payroll working rules will be repealed from April 2023. You can read more about it in our Insight.

The chancellor announced that Office of Tax Simplification will be abolished and instead the government will embed tax simplification into the institutions of government, setting a mandate to the Treasury and HMRC to focus on simplifying the tax code.

Although some of the tax measures announced were predicted, having been pledged by Liz Truss in her prime ministerial campaign during the summer, the scale of the tax changes proposed was surprising. The announcement of many tax cutting measures without sight of the enacting legislation will also raise some questions. For example, will implementation be subject to anti-forestalling measures and, if not, will the rules have the impact the government intends?

Also, as no forecasts were drawn up by the OBR alongside the fiscal event (with a full assessment to be incorporated in the next forecast at the full Budget later this year) we do not know whether the chancellor's new policies will keep him on course to meet the "fiscal rules" (the government's targets for the public finances). With the next general election looming in 2024 the new chancellor and prime minister will hope that their strategy of tax cuts to grow the economy and tackle soaring inflation pays off.

Please get in touch with your usual Osborne Clarke contact or one of the experts below if you have any queries or would like to discuss further. 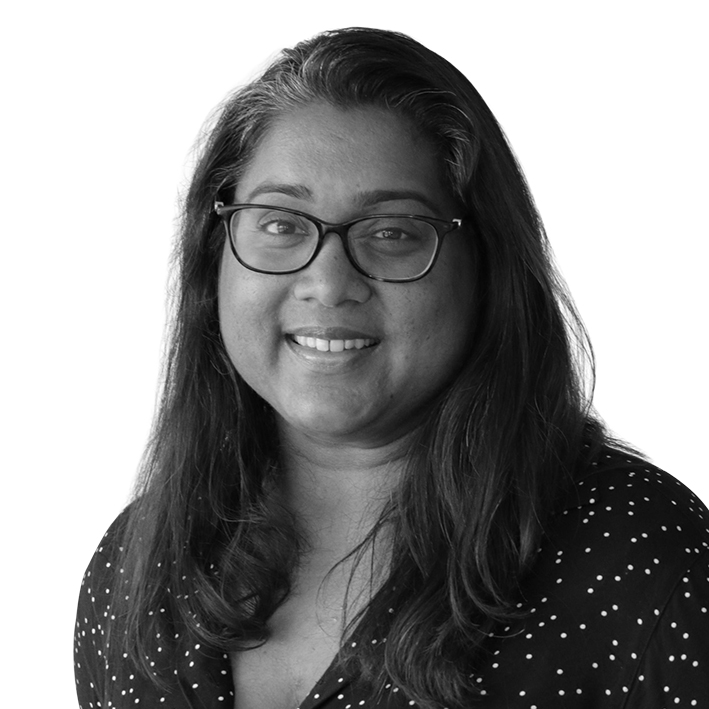 In this edition, we report on upcoming improvements to the tax-advantaged company share option plan, HMRC guidance on enterprise management...
31/01/2023
Energy and Utilities

What UK, EU and international legislative and non-legislative developments can be expected over the next 12 months?
12/01/2023