A unified patent court for Europe: the coup de grâce?

Will we ever see the Unified Patent Court operate? Many have doubts, as its path – already long and difficult – runs into new obstacles and the venture looks more and more like a "paper giant".

Only seven years ago, after decades of discussion within the European Union on the adequacy and feasibility of a uniform patent system (the purpose of which would be to overcome a fragmentation of the patent market resulting from divergences existing at the national level), almost all Member States – apart from Poland and Spain – finally agreed in Brussels on 19 February 2013 to breathe life into the grand plan.

Many were enthusiastic and promised that the new system would rock the world of patents, from filing strategy to litigation, by sparing applicant’s time and finances, while increasing their legal security. With the main principles of the Unified Patent Court (UPC) "cast in stone" in the 2013 Agreement, the following years should have been dedicated to their implementation.

There was much activity from national ratifications to international working groups, and the general feeling was that the unitary patent – an old chestnut of the patents specialist – was finally on the way. (Previously, the 1975 Luxembourg Convention, which had already laid the foundations for such a system, had never entered into force for lack of sufficient ratifications.) Optimism reigned … until recently.

Still an unfinished building, this new legal edifice is already trembling after two major blows were laid to its foundations during the spring of 2020: confirmation of the United Kingdom's post-Brexit withdrawal from the 2013 Agreement and Germany's constitutional court overturning its ratification. Blows that could – in the context of a major health and economic crisis – mean the death sentence for the UPC.

Across the Channel: Brexit’s blast

Putting an end to months of uncertainty, the British government finally made it official that, following Brexit, the United Kingdom would withdraw from the 2013 Agreement.

After presenting its plan for the future relationship with the EU at the end of February, which was based on "equality and sovereignty" between the UK and EU (a refusal by the former to submit to the law of the latter), the British government specifically stated on 24 March 2020, in a response to a request for clarification from the House of Lords, its position on and what it implied for the UPC.

Amanda Solloway, the UK's minister for science, research and innovation, wrote: “Continued participation in the UPC would mean ceding jurisdiction over key patent disputes in the UK to a court that is bound to apply and respect the supremacy of EU law, including judgments of the CJEU. Participating in such a system would be incompatible with our overall approach to future relations with the EU … Consequently, the Government will not be seeking the UK’s continued participation in the Unitary Patent and Unified Patent Court.”

Although a logical consequence of the "leave" victory in the 2016 referendum, this decision was only expressed quite late with the necessary clarity, mainly due to the political imbroglio in the UK. While it was originally predicted that Brexit would emancipate the UK from European institutions, including the Court of Justice of the EU (which was recognised from 2013 as the supreme court of the new unified system), nonetheless, the UK ratified the Brussels Agreement in April 2018. A place had even been chosen in London to host the central division specialising in life sciences and health. Boris Johnson’s appointment as prime minister in July 2019 made it unlikely that the UK would remain a party (although he had signed the ratification law only a year earlier). On 20 July 2020, the UK finally officially notified EU institutions that it would withdraw its ratification of the UPC agreement.

Feared but expected, this withdrawal marked the first major legal obstacle to the effective advent of the UPC. According to article 89 of the Brussels Agreement, the UPC's entry into force requires thirteen ratifications – there are 16 so far – including the three states with the largest number of European patents (in force in 2012): France, Germany and the UK. With the UK officially "out" (its ratification of the UPC agreement remains effective but will likely be repealed), the future of a unitary patent appeared once again to be based on a Franco-German tandem. Nevertheless, the judges of Karlsruhe, with thoroughness and perfect sense of timing, decided otherwise.

Across the Rhine : the ratifications fail

After its uptake by France in 2014, the German Bundestag passed a law in March 2017 to ratify the 2013 Agreement. However, the following month, a complaint was filed before the Federal Constitutional Court (Bundesverfassungsgericht) (BVerfG) that put a stop to the legislative process.

The complaint was grounded on both procedural and substantive arguments. Procedurally, a qualified majority vote was required to pass such law. (The ratification bill had been passed unanimously but only by 35 members of parliament.) Substantively, Germany could not constitutionally and irrevocably cede such a large part of its sovereignty, especially as the independence of the UPC was not guaranteed.

Three years later, on 20 March 2020, only a few weeks after the UK’s withdrawal had been made official, the BVerfG declared the German ratification law null and void to the surprise of many observers. (The German government had always been in favour of UPC, so it seemed unlikely that the Constitutional Court would delay its arrival any longer.)

The ruling was signed by five of the eight judges of the court, including its president, but only tackled the technicalities of the ratification law, as it amounted to amending the German constitution due to the relinquishment of sovereignty it implied –which would require a vote by two-thirds of the parliament. (Three other judges issued a dissenting opinion that held that it was common for mere "acts of approval", such as a law ratifying an international treaty, to be passed as it was.

The court did not rule on whether the very principle of a UPC is valid under the German constitution. Therefore, it leaves the door open to new complaints. It may be, even if a valid ratification law took place shortly, that a new complaint will be filed on the merits.

In this regard, the German Minister of Justice immediately declared that the government would make its best efforts to have the ratification law passed again by the end of the current legislature (ending on October 2021). In addition, the German government recently published a new bill (although without any change to the merits, which inevitably represents a risk) that it presented for opinions to associations and institutions, and that it wants to pass as quickly as possible, in line with the constitution.

The German government also declared that it was confident the UK withdrawal would not prevent the UPC coming to life. In any case, the Covid-19 health pandemic and, especially, the ensuing economic crisis will necessarily reshuffle the Member States’ priorities – and could take the UPC down the drain.

The UPC is dead?

The UK's 2018 ratification gave the UPC a new momentum and there were many who expected a bright and promising future for the proposed court despite its complex genesis. At the end of 2019, some even whispered that 2020 would finally be “the UPC year”.

Following recent events, what is its future? Unlike the UK’s withdrawal, the German constitutional court’s decision is an obstacle that can be overcome. The project as a whole has suffered a major blow and in-depth restructuring already appears indispensable.

As of today, the 2013 Agreement cannot enter into force (and the same applies a fortiori to the many appendices): it will indeed be necessary to amend it to remove any reference to the UK (and then to have the amendment ratified by Member States, and, in the meantime, organise the distribution of new cases to then-existing divisions).

From a practical point of view, there is the question of where the central division, specialising in life sciences and health, which was to be in London, will locate and have its seat. Reaching a political consensus on this thorny issue seems difficult. France is pushing hard for this division to return to Paris, but Italy, the Netherlands and Denmark have reportedly claimed their interest.

In the eyes of patent professionals, the UPC is in serious jeopardy. According to a survey carried out by the website www.juve-patent.com, more than half of the experts interviewed are no longer in favour of UPC in its current form, that is, without the participation of the UK. The absence of such an important country in the European economic market obviously calls into question the inherent attractiveness of the system born in 2013.

Disappointment is high in the UK, particularly among patent litigators. In addition to the fact that London will not be the expected seat of European pharma patent litigation, many felt that British judges could have brought their experience and rigour to the UPC, thanks, in particular, to their mastery of common law tools (cross-examination, disclosure, expert interrogations, very readable drafting of judgments, etc.). Others see this as an opportunity to set up an international arbitration institution for patent disputes in London.

As to patent applicants, some major groups (Bayer, Siemens, Ericsson, Nokia) say they are still interested. Will this be enough to bring back the hype around the UPC of only a few months ago? With the devastation caused by the coronavirus pandemic, will there be a political will in Europe that is strong enough to completely rewrite the UPC book (and get beyond the fatigue that this subject can induce)?

The question should be answered in the coming months…or years. One thing is certain at the moment: France, which in 2018 presented itself as "fully committed to the success of UPC", and in favour of its rapid launch, now appears to be quite alone.

The support recently given to a unitary patent system by Thierry Breton, one of the few French voices at the EU Commission, will in any case be welcome.

The authors warmly thank Nadine Rocaboy and Ina Schreiber, partners at Industrial Property Attorneys firm Plasseraud, for their precious input in the drafting of this article. 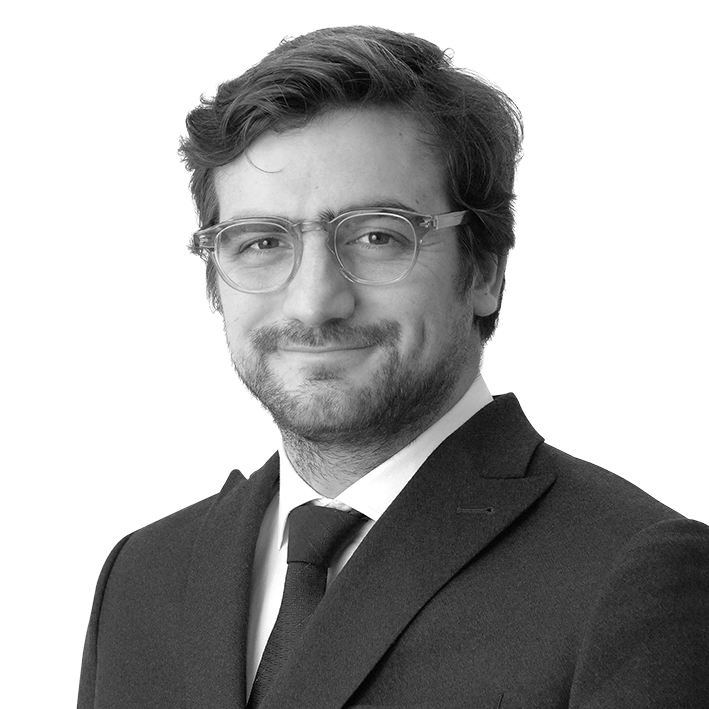 Sales of non-fungible tokens (NFTs) have soared in recent months. NFTs have been issued by businesses in various sectors, to...
New -
14/10/2021
Tech, Media and Comms

We are very excited to release our metaverse report, in collaboration with our partners at Newzoo, the international consultancy for...
12/10/2021
Read time 3m
Life Sciences and Healthcare

The UK government has published its response to a gene-editing consultation launched earlier this year, which sought views on the...
01/10/2021
Read time 4m
Intellectual property

When are content-sharing and file-hosting platforms liable for infringing content uploaded by their users?

The European Court of Justice (CJEU) has issued its long awaited decision on the extent to which content-sharing and file-hosting...
01/10/2021
Read time 6m