In the continuing aftermath of the UK’s vote to leave the EU, Osborne Clarke held a series of events for clients to explain what Brexit is likely to mean for a number of different sectors and areas of law, and what businesses can do now to prepare.

While clearly much remains uncertain, and will do for some time, there are practical steps that businesses should be taking now, such as auditing key commercial contracts, incorporating ‘Brexit clauses’ in new contracts and, for companies employing low-skilled EU nationals, applying for a sponsor licence.  In other areas, such as data protection, for example, businesses should still be preparing for incoming EU laws, such as the General Data Protection Regulation (GDPR), regardless of Brexit.  Although it is business as usual for the most part, businesses need to be aware of the key issues and measures to be taken at this early stage.

Below is a selection of the key messages coming out of our Brexit events.  For more information, please feel free to contact the relevant experts below or see our Brexit hub.

What form could Brexit take?

Simon Neill, chairing each of the events, looked at the various forms that Brexit could take, such as:

Both the EEA and EFTA aim to promote free trade between member states, with potential EEA membership looking most like the current position, so potentially having the least impact for businesses.  EEA countries, however, accept closer harmonisation of laws around the ‘four fundamental freedoms’: goods, services,
capital and (importantly) persons.  The last freedom seems the most politically difficult for the UK to accept
following the referendum verdict.  EEA countries are also required to contribute substantially to the EU budget.

The Swiss model is more static in character, requiring proactive renegotiation with each change implemented in the EEA, which can create uncertainty for businesses looking to trade in the single market.  While the model enables Switzerland to negotiate single market access on a sector-by-sector basis, Switzerland is still obligated to accept full freedom of movement.

The Turkish model involves tariff-free access to the EU single market for goods, but not services (and with some carve-outs for certain types of goods).  While this model does not include the free movement of persons or require any contribution to the EU budget, the exclusion of services would be unpalatable for the UK.

The Canadian model will also eliminate tariffs on most goods and services, while not requiring Canada to accept any of the four freedoms.  However, the fact that the Comprehensive Economic and Trade Agreement has not yet been implemented, despite having been negotiated for six years and then agreed by the European Commission in August 2014, illustrates how lengthy and difficult it can be to reach a comprehensive trade deal with the EU.

The fallback position is trade under World Trade Organisation rules, where common tariffs will be applied to goods.  In other words, the UK and EU would be obliged to apply to each other the tariffs and other trade restrictions they apply to the rest of the world. Services are not covered.

The acquired rights of UK and EU nationals looks set to be one of the key issues for discussion between the UK and the European Commission.  Nevertheless, to protect themselves, those employing EU nationals in the UK should look at whether those EU nationals would qualify to stay in the UK under UK law. Typically, this will be satisfied by living and working in the UK for five years (which would be measured at the time the UK officially withdraws from the EU).  This can be more difficult to satisfy for students.

A fact that seemed to get largely lost in the pre-Brexit debates about immigration is that the UK already has a points-based system for non-EU nationals.  This is based on a three-tier structure, with Tier Three being low skilled workers.  Businesses recruiting such low-skilled workers need to hold a sponsor licence.

Those who employ low-skilled workers from within the EU may therefore want to consider applying now for a licence, as there is likely to be a major spike in applications in the run-up to the UK withdrawing from the EU, and applications can take some time to deal with.

The UK (in common with all EU Member States) already has a large degree of freedom when it comes to setting taxes.  The main EU-influenced tax is VAT, which is almost certainly going to remain broadly similar, given the revenues it brings in, although there will be more scope to set low or zero-rated items.

Multinational businesses could be significantly impacted if EU directives on cross-border mergers and intra group dividends and royalties, for example, are not replaced by similar measures in the UK’s agreement with the EU.  This could require the movement of head offices and other corporate reorganisation in advance of a withdrawal agreement taking effect.

The UK is likely to continue to take action to implement the OECD’s recommendations on Base Erosion and Profit Shifting (BEPS) regardless of Brexit.  However, the UK would have more say on how to do so, such as avoiding the requirement to have a common corporate tax base, which could allow the UK to be seen as more attractive to investors.

Much of the UK’s consumer rights law derives from EU directives, so would fall to be reviewed post Brexit. However, the consumer protection regime is generally thought of as working relatively well, so we are not expecting major changes immediately following the UK’s exit from the EU.

The European Commission’s flagship consumer rights program is the Digital Single Market initiative. It remains to be seen how the UK would take forward the key tenants of the DSM initiative, such as restrictions on geo-blocking and the requirement for portability of online content. However, businesses trading from the UK into the EU will need to comply with EU DSM legislation regardless of Brexit.

See here for more information on the DSM.

Short-term deals (for example, those with a year or less to run) are unlikely to be affected by Brexit from a legal point of view, although currency fluctuations can affect the economics of deals, in which case the currency clauses of contracts should be reviewed.

Businesses involved in long-term contracts, such as large-scale outsourcing, however, will need to ensure that those contracts are sufficiently future-proofed.  For example:

With the UK likely to still be in the EU when the GDPR comes into force on 25 May 2018, businesses will need to ensure that they are compliant with the GDPR, regardless of Brexit.

Post-Brexit, businesses that transfer personal data from the EEA to the UK will need to ensure they have a valid legal basis for doing so.  This would be satisfied if the UK data protection laws have been deemed ‘adequate’ (as has happened for a number of non-EU countries such as Canada).  It seems likely that this will be the case, as the UK Information Commissioner’s Office has reiterated following the referendum that international consistency around data protection laws is crucial both to businesses and consumers.  The UK is therefore likely to retain data protection laws similar to the GDPR. Businesses that operate, sell into, or process data about people in the EU will be bound by the GDPR in any event, so work undertaken to ensure compliance with the GDPR by 2018 is unlikely to be wasted.

Existing UK competition law largely mirrors EU law.  At least in the short-term following Brexit, therefore, the competition regime in the UK is unlikely to change.  Over time, with EU decision-making no longer legally binding in the UK, decisions on how UK competition rules are applied in particular circumstances may start to diverge from those of the EU.  However, significant divergence on the application of UK and EU rules is not expected, and European case law is likely to remain persuasive.

One area of potential change that could have a significant impact is State aid.  Depending on the deal agreed by the UK and the EU, if EU State aid rules are no longer binding on the UK, there may be more scope for the UK to take protectionist action, for example, to support certain sectors under pressure from overseas competitors.

UK lawyers may also lose the right to claim privilege over legal advice in relation to enforcement action by the European Commission (including dawn raids).  This will again depend on the terms of the agreement struck between the UK and the EU – Switzerland negotiated for its lawyers to retain EU legal privilege, but this was bound up in the agreement to allow the free movement of people, which is a current cause of tension between Switzerland and the EU.

For private M&A, the main impact of Brexit is economic, rather than legal, as uncertainty hits deal activity. However, this is not expected to be a long-term trend.  Instead, buyers and sellers will look to take account of Brexit in their respective risk allocation, for example, through the use of earn-outs or deferred consideration.

Most of the regulation of public companies is EU-based, although much of it derives from UK principles in the first place and has been gold-plated by the UK when implemented. The regulatory framework is therefore unlikely to change significantly, as the City strives to retain its reputation.

The most important issue in financial services is that of passporting.  Current passporting rules allow:

The loss of passporting rights would lead to firms downsizing their UK operations and performing more of their activities in EU Member States.  However, to some degree at least, there would be movement in the other direction if EU firms were required to set up UK operations in order to perform certain activities in the
UK.

Businesses outside the financial services sector are unlikely to see an impact on the availability of capital, at least in the short term.

This could lead to a more liberal UK regime, which allows businesses to be more creative in their advertising and marketing than the current EU regime allows.  However, any difference in regulation could have an impact when it comes to planning Europe-wide campaigns.

The impact of Brexit on intellectual property will vary by the type of IP that businesses are looking to protect:

To help businesses ensure they are doing all they need to at this stage, we have put together a Brexit checklist.

We will continue to monitor developments and publish further guidance on our Brexit hub.  If you would like to discuss what Brexit may mean for your business, please get in touch with one of the experts listed below or your usual Osborne Clarke contact. 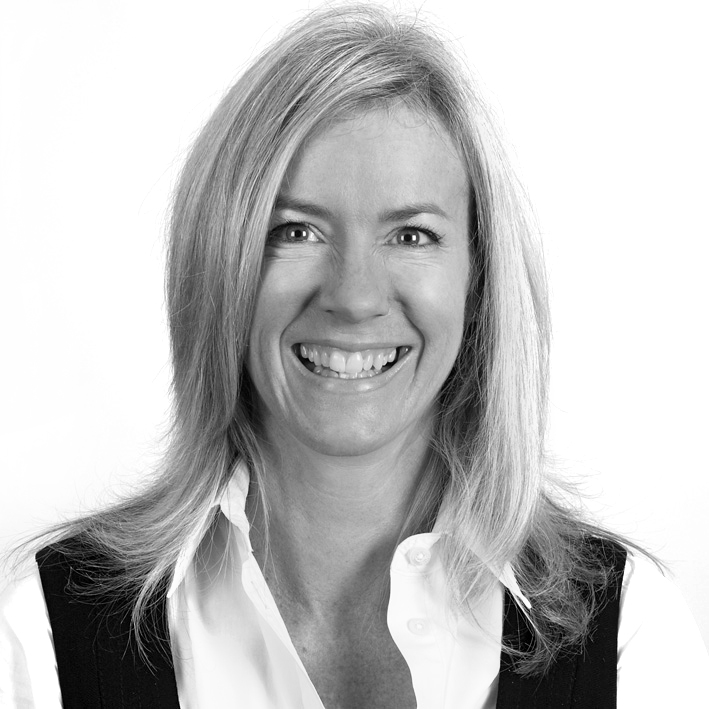