This month we discuss a series of developments relating to the cost cap, and highlight developments relevant to investment, governance, pensions dashboards and administration.

If you would like to discuss any of the changes in this newsletter, please contact one of the experts listed below 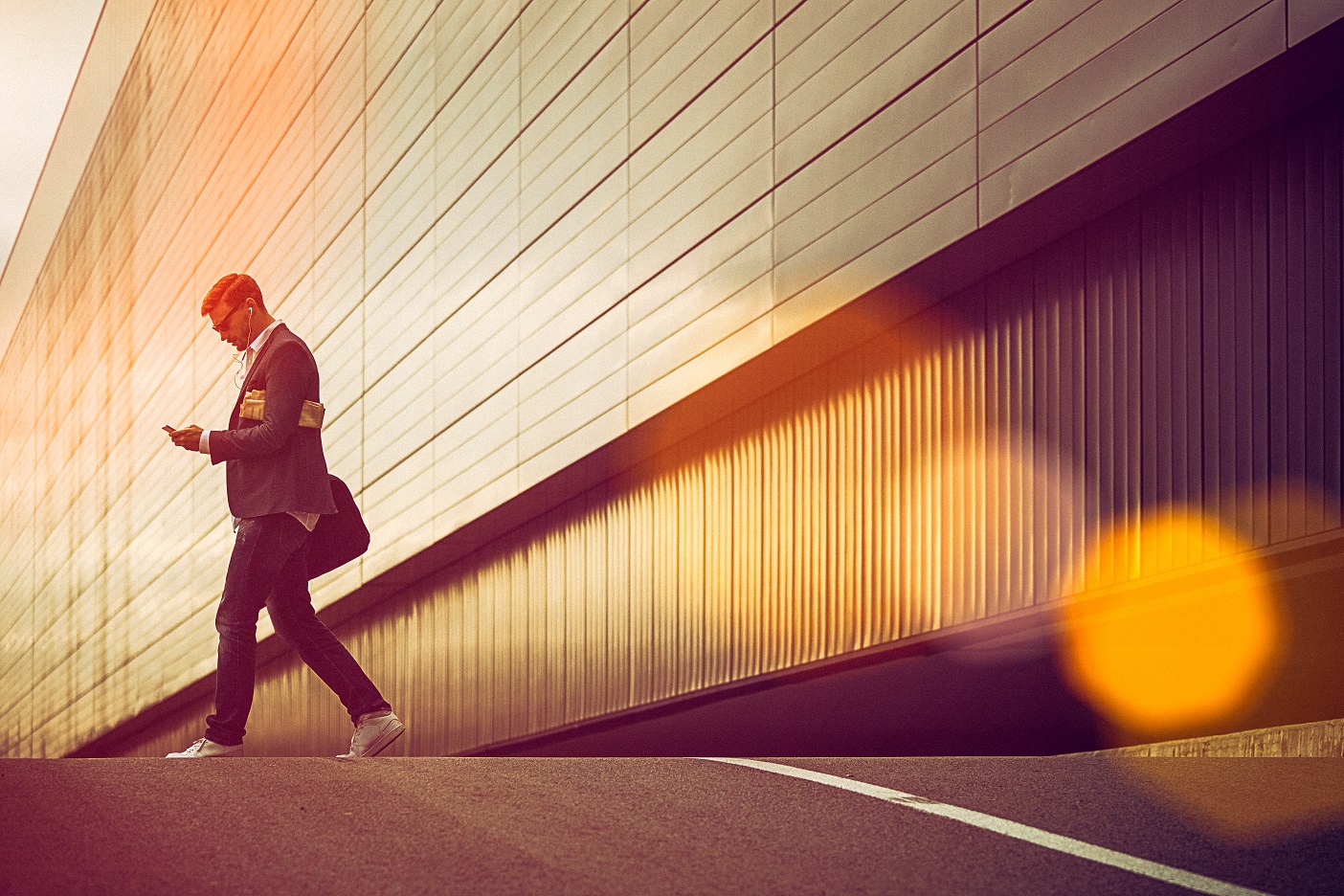 The Fire Brigades Union (FBU) and the British Medical Association have been granted permission to proceed with their claims for judicial review of the Public Service Pensions (Valuations and Employer Cost Cap) (Amendment) Directions 2021. The two claims will be heard together.

The unions claim that the outcome of the costs control mechanism for the 2016 valuations should result in a reduction in member contributions and or an improvement in benefits, and that the HM Treasury directions undo this by factoring in the cost of the McCloud remedy.

The FBU provides more detail and reports that "several other trade unions with public sector memberships are named as 'interested parties'".

The explanatory memorandum confirms that the change to the cost corridor follows the recent government consultation. It will increase the "amount by which a scheme's cost must diverge from the employer cost cap before triggering a breach of the mechanism" and so "make the mechanism more stable, meaning members can have greater certainty regarding their future contribution rates and projected retirement incomes". The change will take effect from the 2020 valuations. (There will be no impact on the 2016 valuations.)

The memorandum also confirms that the reason for the change in relation to the New Judicial Pension Scheme 2015 is that the scheme has closed to future accrual and "[s]chemes that are closed to future accrual do not require valuations separate from those of the schemes that will replace them or subjection to the cost control mechanism" because the costs associated with them " will be considered as part of the new scheme’s valuation and cost control process if, and to the extent that, it is appropriate to do so".

2016 valuations | Results confirm no cost cap breach for the LGPS

In our April and May 2022 newsletters, we reported that the Government Actuary's Department had published cost cap valuations, as at 31 March 2016, of most of the public service pension schemes.

It has now published the valuations for the Local Government Pension Scheme (LGPS) for England and Wales, the LGPS for Scotland and LGPS for Northern Ireland. In each case, the cost-cap cost of the scheme was within the current corridor of plus or minus 2%.

For the LGPS, the DWP will update the pensions dashboard regulations on how data requirements must be met to reflect the fact that the Public Service Pensions and Judicial Offices Act 2022 does not require the LGPS to provide McCloud remediable service or information statements. The LGPS must meet its value data requirements voluntarily or by 1 April 2025 at the latest, achieving consistency with the approach taken for other public service pension schemes.

The DWP has also launched a second consultation on two elements of the pensions dashboards regulations and a supporting measure.

The Pensions Dashboards programme has launched its consultation on pension dashboards standards, and announced a series of webinars to help people to respond to that consultation. The standards "set out the technical and operational detail underpinning the primary and secondary legislation and outline the requirements for all pension providers and dashboards connecting to the ecosystem".

Funds should agree with their advisers the actions they need to take now to start to prepare for connection. They might like to look again at the Pensions Regulator's initial guidance for trustees and "preparing to connect" checklist, with timings. Funds might also like to attend the regulator's pensions dashboard webinar on 28 July at 2.30pm.

The LGPS scheme advisory board's summary of its 6 June 2022 board meeting confirms that a consultation on the Task Force on Climate-related Financial Disclosures (TCFD) reporting framework for the LGPS "is expected in the Autumn which will include a number of mandatory metrics potentially including carbon intensity, data quality and whether the associated global temperature increase aligned with the outcome of the Paris Agreement".

The largest private sector pension schemes are already subject to climate-risk governance and reporting requirements. A recent consultation response confirms that, from 1 October 2022, these will be extended to include Paris alignment reporting (regulations here).

The Financial Conduct Authority (FCA) has updated the webpage for its discussion paper on the introduction of Sustainability Disclosure Requirements (SDRs) and an investment labelling system  for asset managers and certain FCA-regulated asset owners to confirm that it plans to consult on proposals "in the autumn".

These proposals are rooted in the government's October 2021 roadmap to sustainable investing. The roadmap also includes proposals for the TCFD requirements applying to companies and occupational pension schemes to be extended to include SDRs. We anticipate that the same will happen for funded public service pension schemes once TCFD reporting (discussed above) has been introduced.

The Pensions and Lifetime Savings Association (PLSA) has published a Cyber Risk Made Simple guide with Aon and Crowe. The guide is designed to help schemes to understand cyber risk and take specific actions to manage it. There is also a link to an LGPS benchmarking tool that schemes can use to see how cyber-resilient their scheme is.

Governance | Guide to own risk assessments

The PLSA has published an "Own Risk Assessments Made Simple" guide with Lane Clark & Peacock.

Own risk assessments (ORAs) form part of a new requirement for pension schemes to have an effective system of governance including internal controls (ESOG). The Pensions Regulator has consulted on a draft, single code of practice to set out its expectations for an ESOG and an ORA. Although the ESOG requirement applies to private sector schemes, in practice many of the expectations will also apply to public service pension schemes. Public service schemes should consider carrying out ORAs as a matter of best practice.

We expect the regulator to publish a consultation response and final code soon.

The Pensions Regulator and the DWP have issued a joint statement on The Occupational and Personal Pension Schemes (Conditions for Transfers) Regulations 2021. The statement will be of interest to schemes who are considering a transfer under condition 2 (transfer to a scheme other than a public service pension scheme, master trust or collective money purchase scheme).

HMRC has confirmed the Finance Act 2004 and tax treatment of interest on arrears of pension paid to correct past underpayments. The guidance has been issued for private sector schemes who are engaged in Guaranteed Minimum Pension equalisation projects, but the title suggests that it is of general application.

The Pensions Ombudsman has decided two complaints by members of the NHS Pension Scheme, one relating to early payment of benefits on ill health grounds and the other to a refund of contributions paid in error.

Not upheld – a complaint by a deferred member of the NHS Pension Scheme about a decision not to award her early payment of benefits on grounds of ill health.

The Medical Adviser's (MA's) conclusions "did not appear to be inconsistent with the medical advice from Miss P's specialist". The ombudsman's role was not to review the medical opinions provided by the MAs, but to check whether there was any reason why the decision maker should not have relied upon them. "This would include errors of omissions of fact, irrelevant matters taken into account or a misinterpretation of the relevant regulations". "The MAs' suggestions concerning treatment, or their views on the likely outcome of treatment would not normally be something I would expect the" decision-maker "to query. If, for example, there was an obvious disparity between the MAs' views and those of the member's treating physicians, I would expect this to be explained…"

In this case, there was no reason why the decision maker should not have relied upon the report it received from the MA. The fact that Miss P had not made such a positive recovery as had been expected at the time of her application did not undermine the decision because the ombudsman had to review that decision in light of her health at the time. Miss P did, however, have the option of making a fresh application for early payment.

Not upheld – a complaint by a member of the NHS Pension Scheme regarding pension contributions incorrectly refunded by a third-party payroll provider.

Dr E opted out of the scheme in November 2019. She was not entitled to a refund of contributions because she had been a member of the scheme for more than one month and had more than two years' membership. However, the third-party payroll provider refunded all of the pension contributions she had paid while employed by the Great Western Hospitals NHS Foundation Trust.

Dr E noticed the error and contacted the helpdesk. Within five days, she had been told how much she would need to repay, taking account of tax relief, in order to be re-credited with her benefits. The ombudsman decided that, if Dr E wished her benefits to be reinstated, then she should follow this option. It would not be just to ask the payroll provider to repay the contributions to the scheme, because this would give Dr E the benefit both of the contributions incorrectly returned to her and reinstatement of her benefits. There should be no payment for distress and inconvenience.