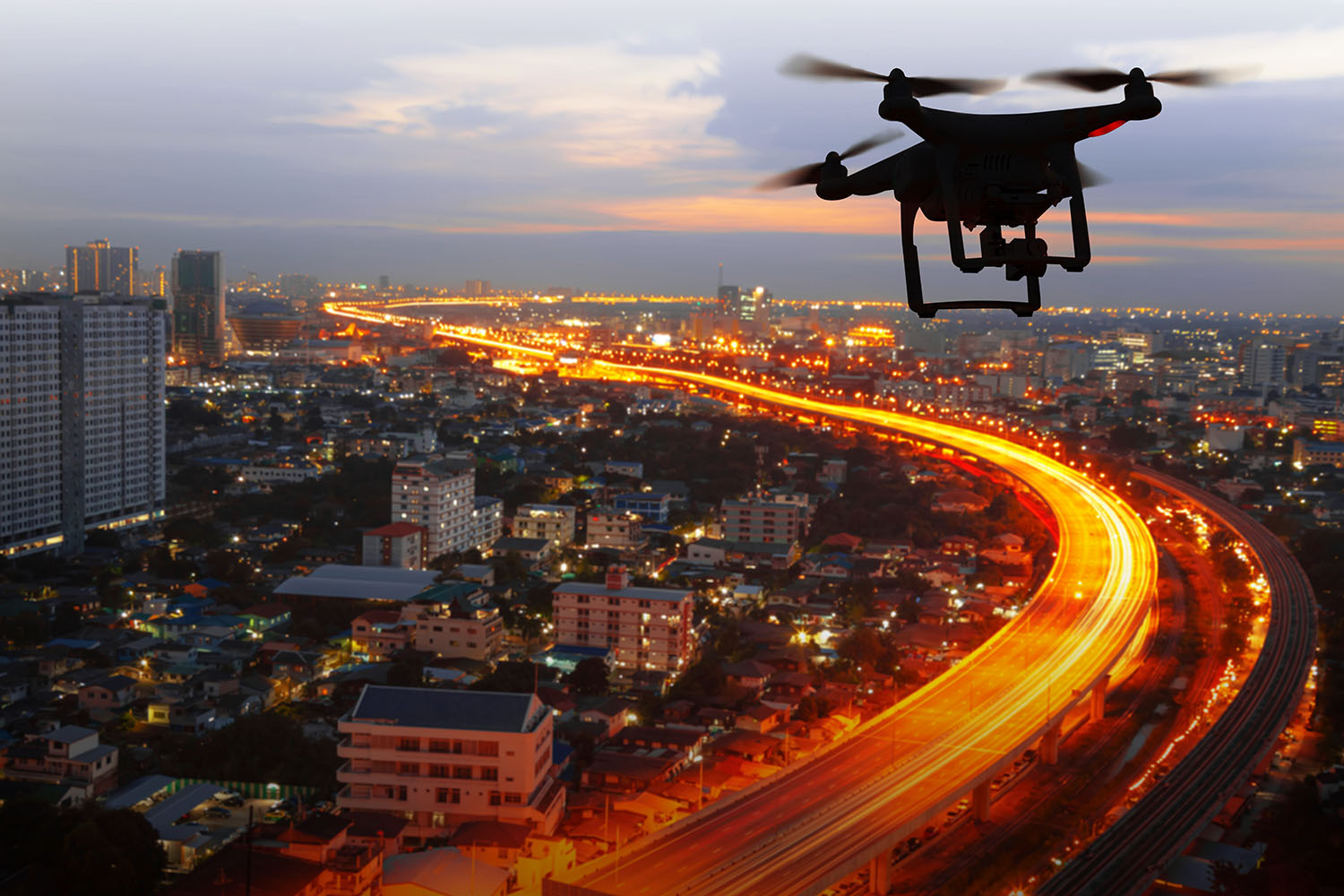 The Court of Appeal in Thaler v Comptroller General of Patents Trade Marks and Designs found that an artificial intelligence (AI) machine cannot be an "inventor" under the Patents Act 1977 and the owner of the AI machine could not apply for a patent for a machine-made invention when stating the machine was the inventor.

The much-anticipated judgment concerned the patenting of AI-produced inventions but largely focussed on the legislative specifics and requirements for filing patent applications. All three judges agreed that under the Patents Act (PA) 1977 an inventor must be a person, and as a machine is not a person it, therefore, cannot be an "inventor" for the purposes of section 7(2) of the Act.

However, the appeal was dismissed only by majority (Lady Justice Laing and Lord Justice Arnold), with Lord Justice Birss dissenting. The majority held that the relevant patent applications citing DABUS, the AI machine, as the inventor had been correctly deemed withdrawn because the applicant, Dr Stephen Thaler, as the owner of the AI machine, was not as a matter of law entitled to apply for a patent with respect to an invention asserted to have been made exclusively by the AI machine.

The decision came after Dr Thaler, a US-based AI expert, brought a legal challenge against the UK Intellectual Property Office (UKIPO). The DABUS patent applications are part of a concerted campaign by Dr Thaler to test whether national patent systems are willing to recognise AI machines as inventors.

The judges noted that this decision was made on the basis of the law as it presently stands and not what it ought to be. There are a number of consultations currently underway on AI inventorship and other AI-related intellectual property issues, including those led by World Intellectual Property Organization and the UKIPO.

The UK government provided a response in March 2021 to the initial UKIPO consultation, but it did not give any concrete details of possible policy options. However, the UKIPO has since launched a further consultation, which sets out a range of different policy options on whether and how AI-devised inventions might receive patent protection. The consultation will remain open until 7 January 2022.

The appeal concerned a decision of the UKIPO, which had resulted in the withdrawal of two patent applications that designated an AI machine as the inventor. The UKIPO had held that, contrary to the wishes of the applicant, the applications were deemed to be withdrawn because the statement of inventorship was considered not to satisfy the two requirements of section 13(2). Section 13(2)(a) requires the applicant to identify the person(s) whom they believe to be the inventor(s) and section 13(2)(b) requires the applicant to indicate the derivation of their right to be granted the patent.

The UKIPO held that the AI machine, DABUS, was not a "person" as envisaged by sections 7 and 13, and, therefore, could not be considered an inventor. Separately, Dr Thaler, was not entitled to apply for the patents simply as the owner of the machine; instead, a satisfactory derivation of right had to be provided. The UKIPO's decision was then upheld by Marcus Smith J in the High Court.

The appeal court judges all agreed with the established law that an inventor for the purpose of section 7 (which concerns the right to apply for and obtain a patent) is the person who actually devised the invention. A machine is not a person and, therefore, even if a machine is capable of creating inventions, it cannot be an inventor under the Act.

So what was the difference between Arnold LJ and Birss LJ – should the patent applications have been withdrawn? There was a difference in the framing of the remaining issues by the two established patents judges (Laing LJ gave a relatively short opinion that concurred with Arnold LJ). Birss LJ characterised these remaining issues as relating to section 13 and whether the UKIPO responded correctly to the information provided by Dr Thaler under section 13(2) in withdrawing the patent applications.

In contrast, Arnold LJ held that it was first necessary to determine whether Dr Thaler was, as a matter of law, entitled to apply for the patents in respect of the inventions made by DABUS before then considering section 13 and whether the patent applications were correctly held to be withdrawn.

Arnold LJ also held that there is not a rule that the property contemplated by section 7(2)(b) in an invention created by a machine is owned by the owner of that machine. In light of the findings that DABUS was incapable of being an "inventor" under the PA 1977 (as it was not a person) and applying these rules of law, Dr Thaler (as the owner of DABUS) was not entitled to apply for patents with respect to inventions made by DABUS. Therefore the patent applications were correctly deemed to have been withdrawn and the appeal was dismissed.

Birss LJ disagreed that the patent applications should be withdrawn. He considered the earlier case law and reviewed the legislative history that led to changes to the concept of the "inventor" and a relaxation to the requirements of who may apply for a patent brought about by the PA 1977.

Contrary to the view of Arnold LJ, Birss LJ considered that these changes did not require the Comptroller to evaluate the correctness (as a matter of principle) of an applicant's statements of inventorship and entitlement. He felt that to do so would be inconsistent with the changes implemented under the PA 1977 and that it was sufficient for an applicant to provide complete statements under section 13(2) (which serve the purpose of being publicly available on the register) regardless of whether they are correct.

With respect to the section 13(2)(b) statement regarding entitlement, Birss LJ concluded that it was unnecessary to examine whether the rule of law claimed by Dr Thaler to entitle him to apply for the patents actually exists. In considering this point, he noted that the possible consequence of his approach was that Dr Thaler's entitlement may never be tested. He acknowledged that challenges to entitlement can only be brought by a person claiming the right to the patent and, in this case, he stated that it was not obvious that any other person would have a better right to the granted patents than Dr Thaler. However, Birss LJ maintained that this consequence was deliberately built into the scheme of the PA 1977 for policy reasons.

On this basis, Birss LJ considered that Dr Thaler had complied with his legal obligations under section 13(2) and he would have allowed the appeal. Accordingly, he held that it was not an impediment to the grant of an application that the creator of an invention was a machine.

The difference in interpretation between Birss LJ and Arnold LJ may appear narrow at first blush but the difference in result is stark. Arnold LJ agreed that the purpose of section13(2) is not to require the Comptroller to investigate the factual correctness of the statements of inventorship and entitlement given by the applicant but it is necessary for the Comptroller to check whether the statements are defective as a matter of principle. Birss LJ thought that such an evaluation is unnecessary provided the statements are complete.

The judges were clear to explain that this decision was made on the basis of the law as it presently stands and not what it ought to be. The interpretation of the majority leaves a gap in patent protection for inventions wholly generated by AI machines without any human contribution to the inventive concept (as Dr Thaler asserted, which was uncontested in the case). The approach adopted by Birss LJ would have allowed such patent applications to be granted (assuming patentability requirements were met).

How much of a problem the gap in protection will likely be in practice remains to be seen. In particular, it is not clear whether a contention that no person has contributed to the inventive concept embodied within an AI-derived invention would withstand scrutiny. For example, would the selection and curation of input data or the identification of novel and useful outputs of an AI machine by a person be sufficient to ground inventorship? The decision expressly leaves open questions about the consequences if an applicant lies about the identity of the inventor or, in good faith, is unable to identify the inventor.

Tellingly, Birss LJ commented that none of the problems in the case would have arisen if Dr Thaler had simply named himself as the inventor. Indeed, this case was part of an international test litigation campaign and therefore focused on testing the limits of the law. However, in most circumstances, an applicant for a patent will want to prioritise the grant of the patent, rather than pursuing alternative objectives.

At this juncture, while it is not clear exactly what the future regulation of AI and associated IP rights will look like, it is clear that an internationally harmonised approach would be desirable. We expect that what this looks like will start to become clearer over the coming years as the law continues to evolve to catch-up with this increasingly rapidly changing technology.

Significant changes to the patent landscape across Europe are coming, what can be expected and what can be done to...
New -
30/06/2022
Data-driven business models