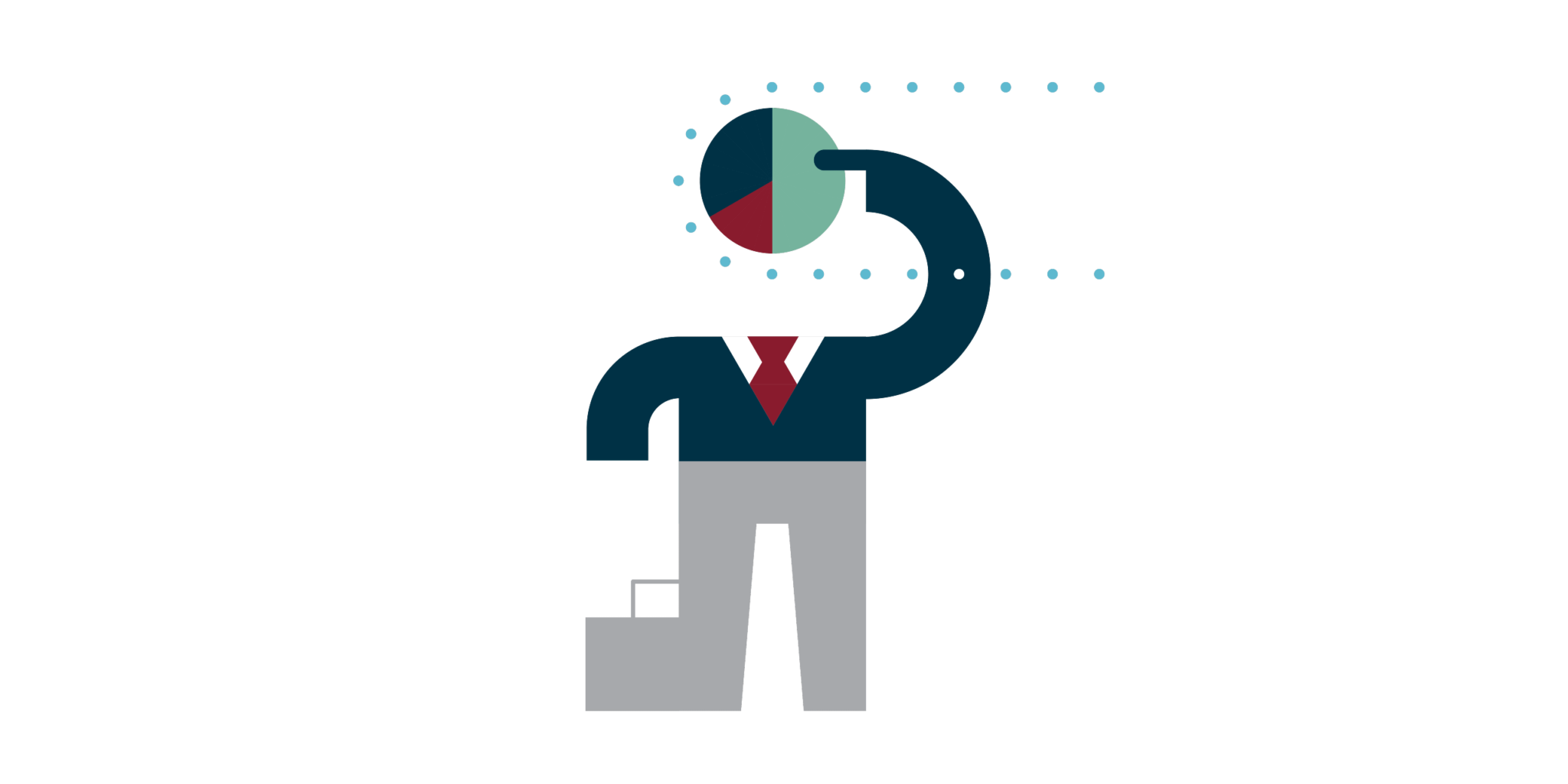 While the UK has decided to retain its voluntary notification system for smaller mergers, the CMA has signalled its intention proactively to target mergers above a certain threshold which are likely to have a material effect in the UK. Given that the CMA also intends to impose globally-applied “standstill” obligations to prevent merging companies from completing pending clearance, early engagement with the CMA will be necessary, notwithstanding the “voluntary” nature of the regime.

The UK was poised to implement the FDI Regulation, but declined to do so after the European Commission decided that FDI Regulation should be read as excluding the UK.

Instead, the UK is introducing its own foreign direct investment legislation, which will enable the government to review foreign investments from a national security perspective.

The National Security and Investment Bill – published on 11 November 2020 – will introduce a mandatory notification nregime for high-risk sectors; transactions caught by the regime will be unable to complete until clearance is obtained. Notably, the draft legislation also includes retrospective powers to unwind (or impose conditions on) past deals.

When the legislation comes into force, merging parties will need to consider whether their transaction could be caught, which is another reason to consider merger control at an early stage. However, with past deals being reviewable, businesses that have recently merged should take note of the legislation and of the scope of the retrospective powers.

In the UK, significant work has been undertaken to analyse the effectiveness of competition in digital markets. The government commissioned an independent review of the sector (the Furman review) in 2018, and the UK’s competition regulator, the CMA, undertook a market study into online platforms and digital advertising, publishing its final report in July 2020. Both noted competition issues in digital markets, and recommended the establishment of a pro-competition regime for digital markets, with a dedicated regulator set up to manage it. Building on these findings the government has committed to establishing and resourcing a Digital Markets Unit (DMU) from April 2021 (as we discuss in more detail in this Insight).

The DMU is expected to be responsible for regulating a pro-competition regime for the most powerful digital firms – those that are designated as having ‘Strategic Market Status’. This will involve:

The DMU will also be tasked with developing a modern competition and consumer regime for digital markets.

The proposals for the regime to be overseen by the DMU will be subject to consultation in early 2021, including around key aspects such as the powers of the DMU, the thresholds for SMS and the companies to be designated. These present opportunities to engage with the CMA and influence the direction of travel.

On 15 December 2020, the EU published a draft of its Digital Markets Act. The objective of this new legislation is to boost in digital markets, with new rules aimed at online “gatekeepers”; that is, players that determine how other companies interact with online users.

Similar to the proposals for the UK, the DMA will combine ex-ante regulation with traditional case-by-case ex-post enforcement. The new rules will impose a set of obligations on gatekeepers – such as requirements about interoperability and promoting access to data – alongside a set of prohibited behaviour, including self-preferencing.

This is a significant tnew piece of legislation for players in digital markets and while the final lrules are not expected until 2023 at the earliest, the rules will be under the spotlight over the next year and beyond as the DMA passes through the EU legislative process.

The UK government announced in September 2020 that it had commissioned a review of the whole competition law regime, to be undertaken by John Penrose MP, with a focus on economic recovery, tackling ‘consumer rip-offs’ and driving a ‘fresh new start outside of the EU’.

This is separate to the ongoing work in the digital economy and will have wider implications for other sectors, as the Penrose review will look to make changes to the UK competition regime more widely. The recommendations may build on the work of the outgoing CMA chairman Lord Tyrie, who last year sent a comprehensive set of proposals to BEIS, which included significant strengthening of consumer powers.

Again, businesses should keep aware of the developments and, in particular, consider whether to engage with any government consultations that may arise. With the UK seeking to set out its stall as a competition strategy leader post-Brexit, it is quite possible that we may see a potential shake-up of the existing rules, and in particular, increased powers for the CMA to tackle consumer harms.

As the UK’s competition law regime closely mirrors that of the EU, there will be little immediate change. The domestic UK competition regime remains in place: the two general prohibitions on anti-competitive agreements and abuses of dominance will remain in alignment with the EU competition regime. In addition, all EU regulations, guidance and case law up to 31 December 2020 forms part of the body of retained EU law, which is now part of domestic UK legislation.

In short, providing that businesses are in compliance with the competition rules before the 31 December 2020, they will continue to be in compliance, and no specific immediate action is required.

The primary changes relate to enforcement. For anti-trust enforcement, the UK will no longer have jurisdiction over infringements of EU competition law (and must drop the EU elements of any ongoing investigations). The EU will no longer have jurisdiction to carry out dawn raids in the UK, but will be able to open investigations where it is suspected a UK business’s conduct has anti-competitive effects in the EU.

For merger control, the one-stop-shop principle will no longer apply, so qualifying mergers may now need to be notified to the CMA as well as to the European Commission.

As for UK business, there are no immediate changes that non-UK businesses need to make from a competition perspective following the end of the transition period.

New regulation for digital platforms, designed to address perceived competition imbalances, is one of the key areas of focus for competition regulators. As a result, the UK is not alone in considering regulation of digital platforms and how to make sure that competition policy and rules are fit for the modern economy; as set out above, the European Commission has now published the Digital Markets Act which includes a set of rules for “gatekeepers”.

While we have less clarity on which digital firms would be caught by the UK proposals compared to at the EU level – and what behaviour would be prohibited/ required by the code – there are clearly strong similarities with the EU proposals, and it would be surprising if there was not a significant amount of consistency with the EU approach set out in the Digital Markets Act as the details of the UK regime develop.

However, the UK is clearly setting its stall out as a worldleader in competition post-Brexit – and while it is likely to be influenced by the EU proposals, we may see some divergences. For one thing, the CMA is seeking to implement the new rules quicker than will be possible in the EU. In terms of substance, one key point of difference is that the UK rules appear to be suggesting a tailored SMS regime for each major platform, while the EU is suggesting a standard set of ‘dos and don’ts’ as a starting point, potentially offering less flexibility.

The CMA has been explicit in its intent to be a world leader in developing competition law strategy following Brexit. The CMA’s Chief Executive, Andrea Coscelli, has talked of the upside of taking back control of the decisions, highlighting as an example, the UK’s ability to crack down on tech mergers that flew under the radar of the EU.

The work to date by the CMA in developing a digital markets strategy has indeed caught the attention of regulators in other countries, and as set out above, although we would expect to see alignment, the UK may wish to forge its own path in this area.

More generally, the Penrose review potentially points to broader changes to the competition regime in the UK. This is unlikely to alter the core competition rules but may result in greater enforcement powers for the CMA.

UK courts will also no longer be bound by EU decisions and courts including the Court of Appeal and the Supreme Court will be able to depart from existing EU case law, which may lead to differences developing over time.

At this stage, business should keep track of these important developments, and look for opportunities to engage with those that are shaping competition law, including new platform regulation rules, in the UK. In the future, businesses that operate in the UK and the EU will need to be sure to comply with any divergences as each territory pushes forward its own competition strategy post-Brexit.

Digital Markets Unit to be established and resourced.

Penrose review response to be published.