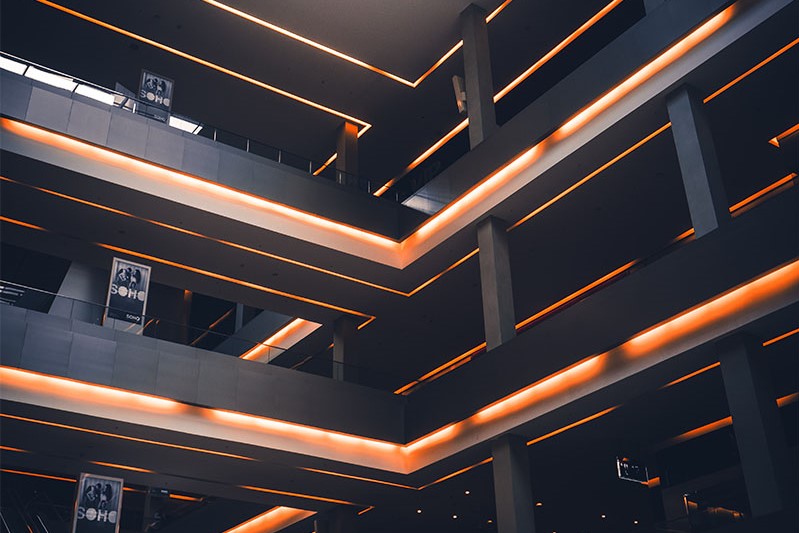 After the heads of government of the Germany Federal States (responsible for media law in Germany) have signed the new "State Treaty on the modernisation of media legislation in Germany" (Medienstaatsvertrag – MStV) in April 2020, it is to come into force in the second half of 2020 after ratification by the respective State parliaments. According to its own assessment, the German media legislator is thus reacting to some fundamental changes in the media landscape and is continuing to develop the pluralism-conserving and diversity-promoting legal framework of the State Treaties, which up to now have primarily dealt with broadcasting law; at the same time, the so-called AVMS Directive (Directive (EU) 2018/1808 of November 14, 2018) will be implemented in Germany, mainly through the MStV.

In addition to a number of technical legal adjustments, mostly in the field of broadcasting, the MStV contains a number of fundamental new regulations, especially for the "new" digital media, which will be briefly outlined below. For the first time, comprehensive media-specific regulations are introduced for those providers that act as gatekeepers for media content or serve to disseminate it; the legislator includes "e.g. search engines, smart TVs, language assistants, app stores, social media"; these services are recorded as "media platforms", "user interfaces" or "media intermediaries". In addition, existing transparency requirements for political advertising and social media will be identified or newly introduced. And certain opinion-relevant telemedia, which regularly contain news or political information, will be obliged to comply with journalistic standards. In favour of the State Media Authorities (Landesmediaanstalten – LMA) as supervisory authorities, competences to issue statutes are introduced, in which further requirements for media regulation can be included. Finally, in a joint protocol declaration on the MStV, the Federal States have already identified areas where further reform is needed, e.g. in the protection of minors and in media concentration law.

An overview of the regulations in the State Media Treaty:

Sec. 1 MStV regulates its scope of application. According to paragraph 7 thereof, the State Treaty applies to providers of media services if they are established in Germany in accordance with the provisions of the Telemedia Act (Telemediengesetz – TMG). In deviation from this, according to para. 8, media intermediaries, media platforms and user interfaces are covered insofar as they are intended for use in Germany, so that the MStV also affects companies based abroad in this respect; for the fulfilment of this so-called market place principle, it is sufficient that the services mentioned "are aimed at users in … Germany, in particular through the language used, the content or marketing activities offered, or if they aim to refinance a substantial part of such in … Germany.“

Para. 1 contains the basic course set for the MStV: in future, the legislator classifies digital media either as (linear) broadcasting or as (non-linear) telemedia. Against this background, the definition of broadcasting has remained essentially unchanged and has been revised only rather editorially. In contrast, telemedia are now "all electronic information and communication services" unless they are specific services within the meaning of the Telecommunications Act (Telekommunikationsgesetz – TKG), or radio broadcasting.

Para. 2 contains a number of other essential definitions. Some of these are taken from the State Treaty on Broadcasting, some serve to implement the AVMS Directive (e.g. the term „advertising“ in No. 7 ff., which now corresponds to „(audiovisual) commercial communication“ in the Directive), and some redefine the regulatory field of the MStV.

For example, the term broadcast-like telemedium is new - according to No. 13 „a telemedium with content that is similar in form and design to radio or television and that is provided from a catalogue specified by a provider for individual access“. The online video libraries of the major streaming providers can be considered as examples.

According to No. 14 a media platform is „any telemedia, insofar as it combines radio, telemedia comparable to broadcasting or telemedia into an overall offer determined by the provider“. Sec. 78 ff. MStV distinguish between infrastructure-bound and non-infrastructure-bound (open) media platforms, examples of the former are cable networks or IPTV, examples of the latter are OTT services or language assistants.

No. 15 defines a user interface as „the textually, visually or acoustically conveyed overview of offers or contents of one or more media platforms, which serves to orientate and directly select offers, contents or software-based applications, which essentially directly control radio, telemedia comparable to broadcasting or telemedia [of the online press]“. Electronic Programme Guides (EPG) or the user interfaces of smart TV sets can be cited as examples.

According to No. 16, a media intermediary is „any telemedia that also aggregates, selects and presents third-party journalistic and editorial offers without making them available as a whole“. Social networks and search engines can be considered as examples.

In accordance with the previous legal situation, Paragraph 3 clarifies that no broadcasting services are offers „that consist of programmes that are activated for a single fee“.

The following II. Section contains general provisions for the media covered, the 1st subsection concerns broadcasting. In many regulations, the previous State Treaty on Broadcasting is continued. However, Sec. 8 contains new provisions on advertising and now, for example, also allows broadcasters to principally use product placement.

In the 2nd subsection on telemedia, Sec. 18 (3) MStV contains an obligation for providers of telemedia in social networks to mark the use of social bots; the legislator deliberately refrained from banning this technology. Sec. 19 (1) 2 MStV extends the requirements of the journalistic due diligence obligations that apply to the "online press" pursuant to the previous sentence to certain other telemedia of journalistic relevance. At the same time, voluntary self-regulation is strengthened in this context.

Subsection 3 deals with public broadcasting and adopts many of the provisions of the Interstate Treaty on Broadcasting. Sec. 30 reproduces the AVMS Directive‘s provisions on product placement for telemedia offerings of the public broadcasters ARD, ZDF and Deutschlandradio - in contrast to the previous version, this will in future be permissible within the limits of Section 38.

Section IV deals with private broadcasting. Sec. 52 et seq. obliges private broadcasters to take an official license although the legislator also sees that the "distribution of audiovisual moving image offerings ... on the internet today is possible for almost everyone without major technical and financial expenditure". In contrast to the telemedia (Sec. 17 MStV) and press activities, which are basically licence-free, private broadcasters require a licence "to organise radio programmes", Sec. 52 (1) 1 MStV. Exceptions exist under Sec. 54 (1) MStV for broadcasting programmes which are of only minor importance for the formation of opinion or which (will) reach less than 20,000 simultaneous users on average over a period of six months; Sec. 54 (3) protects existing Internet radio programmes.

For advertising, Sec. 70 MStV introduces the 20% limit of the AVMS Directive, but refers to longer intervally rather than hours, thus giving broadcasters more flexibility.

The core regulations for the new media can be found in Section V.

Subsection 1 provides for the validity of some regulations under broadcasting law for telemedia comparable to broadcasting, although the constituent elements "broadcasting" and "comparable to television" are not explained.

The 2nd Subsection contains regulations for media platforms and user interfaces. What both forms have in common is that they combine media offers of third parties or provide orientation on them. Both require in principle a notification to the competent State Media Authority before they are put into operation. The operators are not allowed to change the content and technical features of the media offerings of third parties, but are generally only responsible for their own offerings. The provider shall ensure that the principles applicable to the selection of broadcasting and certain telemedia are transparent; the provider may submit an application for clearance to the competent State Media Authority. In addition, the allocation of media platforms is subject to requirements in favour of certain broadcasting programmes. On the other hand, the providers have to ensure that a diverse range of offers is made possible; for this reason, broadcasting and certain telemedia may not be unfairly hindered or discriminated against when accessing the platform. The same applies to the findability in user interfaces: Here, too, there are specifications in favour of certain broadcasting programmes, and here, too, broadcasting and certain telemedia must not be unfairly hindered or discriminated against.

Media intermediaries are the subject of regulation in Subsection 3. What is required here is an authorised person to receive service in Germany, to whom reference must be made in the respective offer in an easily recognisable manner. Information on the criteria for access and retention in the offer and the criteria of aggregation, selection and presentation of content on which the offer is based must also be kept by the providers „in an easily perceptible, directly accessible and constantly available“ manner (transparency requirement). And in order to ensure media diversity, media intermediaries may not discriminate against journalistically and editorially designed offerings on whose visibility they have a particularly high influence, which is particularly the case if there is a systematic deviation from the aforementioned criteria or if these criteria constitute an unreasonable systematic impediment.

Subsection 4 deals with video sharing services in implementation of the AVMSD Directive. In particular with regard to advertising in these services, regulations are laid down, differentiated according to whether the service provider has "marketed, sold or compiled" the advertising itself or not.

Miscellaneous, including rules on regulatory offences

Other sections of the MStV deal with technical transmission capacities and media supervision, in particular by the competent State Media Authority. A further section contains a comprehensive catalogue of regulatory offences, which is intended to sanction violations of numerous provisions of the MStV. The MStV is to come into force by the end of 2020 at the latest. 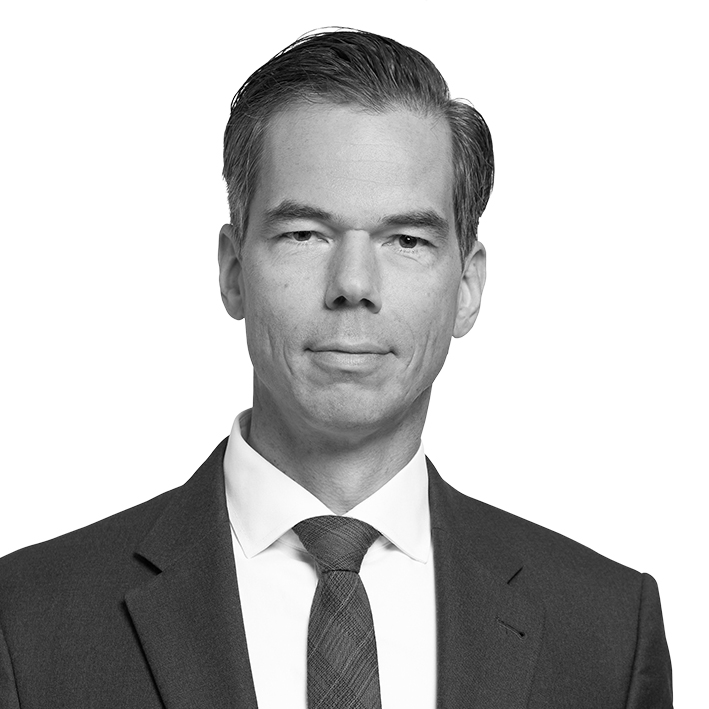