The government’s corporate governance agenda – fuelled by a series of high profile corporate failures – has taken a significant step forward with the coming into force of new corporate governance disclosure obligations for a range of listed and unlisted companies. You can read our summary of the background here.

The new legislation, set out in Companies (Miscellaneous Reporting) Regulations 2018, applies to financial years beginning on or after 1 January 2019, with companies needing to consider how they are meeting the new requirements and be ready to report on them from January 2020.

In addition, the Financial Reporting Council on 10 December 2018, published the final version of The Wates Corporate Principles for Large Private Companies. The principles are expected to become the default corporate governance code applied by the very large unlisted companies that are subject to the new governance reporting requirements, although companies are able to choose the most appropriate code for them.

The key changes are:

Application of the new reporting requirements

The table below summarises the key applicability criteria but is not an exhaustive statement of the criteria that apply to determine a company’s reporting obligations in any given year. Each qualifying company within a group is required to separately report on these issues. Companies classified as “small” for reporting purposes are exempted from the requirements.

The relevant financial criteria relevant to the determination of companies as medium-sized, large, and “very large” are set out below.

Application of the section 172 reporting requirement to groups

As set out above, the consolidated position of a company and its subsidiary undertakings is relevant to whether the financial criteria are satisfied in relation to the obligation to report on compliance with section 172(1) Companies Act 2006. So, if a parent company does not qualify as large in its own right but its subsidiary does, both companies will need to report (as the parent will meet the financial criteria through consolidation).

Similarly, if neither parent nor subsidiary undertaking qualifies in its own right but the parent does through consolidation, the parent company is required to report but the subsidiary is not.

The changes in detail

This obligation extends to large companies, both quoted and unquoted, and expands the content of the strategic and directors’ reports to provide additional disclosure on how directors have had regard to the interests of stakeholders in discharging their duty to promote the success of the company.

In their strategic report, companies are required to include a “section 172(1) statement” describing how directors have had regard to the matters set out in section 172(1) Companies Act 2006 when performing their duties under section 172 (see box below). This statement also has to be made available on a website. Each qualifying company within a group are required to separately report on its section 172 compliance – consolidated reports for groups are not permitted.

In its Green Paper, the government discussed the existing obligation on all companies (other than those treated as “small” for reporting purposes) to prepare a strategic report to provide shareholders with information that will enable them to assess how the directors have performed their duties under section 172. But “there are no further details on how this should be done, which often leads to a lack of clear and transparent information about the steps that companies are taking to fulfil their duties to have regard to workers, suppliers or customers, and other requirements under section 172″.

In its Q&A on the regulations the government acknowledges that the content of the section 172(1) statement will depend on the individual circumstances of each company:

The Financial Reporting Council has revised its Guidance on the Strategic Report and has included guidance to help companies decide how to report under this new obligation.

The area which has perhaps generated the greatest media interest is the proposed CEO pay ratio reporting requirement.

If the company is a parent company, the number of UK employees should be determined across the Group as a whole for the purposes of pay ratio reporting. This is in contrast to the recent gender pay reporting obligations, which are triggered by looking at numbers of employees on an individual company basis.

The regulations set out specific rules on the information which must be provided and how it is to be calculated. In essence, a company must calculate three ratios comparing its CEO’s pay and benefits to that of its UK employees (calculated on a full time equivalent basis) on the 25th, 50th and 75th percentile of pay and benefits in the organisation within the last three months of the relevant financial year.

A company can choose one of three methods set out in the draft regulations to calculate these ratios (two of which potentially enable the company to use pre-existing gender pay or other pay data).

The regulations also set out how that information must be presented in a tabular form in the directors’ remuneration report – which will enable year on year comparison. Going forward, the pay ratios table should cover at least a ten year reporting period (and will be built up incrementally starting from the first year of reporting in 2020).

What pay and benefits should be used to calculate the ratios?

The government has confirmed that the intention is that, wherever possible, the total pay and benefits of employees identified at the 25th, 50th and 75th percentiles should be used to calculate the pay ratios. Employee wages and salary must as a minimum be used. Where applicable, taxable benefits, bonus, share-based remuneration and pension benefits should also be used (in certain circumstances, one or more of such components can be omitted, provided that the reason for any omission is explained in the supporting information accompanying the pay ratios).

The CEO’s Single Total Figure of Remuneration should always be used for the purposes of the calculations.

To accompany these ratios, the directors’ remuneration report must provide supporting information regarding the calculations performed and specific explanations regarding the ratios being published, including:

The regulations also contain other reporting requirements for quoted companies, for example:

Disclosure on employee engagement and on fostering business relationships

In another aspect of disclosure in relation to section 172 compliance, the new regulations require companies to report on steps taken to engage with employees and foster business relationships with suppliers, customers and others.

Qualifying companies need to provide a summary of how the directors have had regard to the need to foster the company’s business relationships with suppliers, customers and others, and the effect of that regard, including on the principal decisions taken by the company during the financial year. No further guidance is given on the content of this disclosure.

The regulations specifically provide that no disclosure is required about impending developments or matters in the course of negotiation if the disclosure would, in the opinion of the directors, be seriously prejudicial to the interests of the company.

If a subsidiary company meets the qualifying requirements, but not the parent, the parent does not need to publish a corporate governance statement as part of the group directors' report, i.e. the consolidation principle does not apply to this threshold.

In parallel with the reporting legislation, James Wates, the Chairman of Wates Construction, has developed a series of governance principles for unlisted companies and accordingly The Wates Corporate Governance Principles for Large Private Companies has been published by the Financial Reporting Council. It is intended that these principles represent the default corporate governance code for unlisted companies required to comply with this new disclosure requirement. In common with the UK Corporate Governance Code, the Wates Principles set out high level principles supported by more detailed guidance.

In light of the impact that recent large corporate failures have had not just on shareholders but on wider society, the government’s proposals for corporate governance reform are welcome. The success of recent spotlight policies, notably gender pay gap reporting, clearly do encourage better behaviours across business and increase public awareness and so the enhanced disclosure requirements under the government’s proposals have the potential to be a powerful agent for change.

Indeed, against the backdrop that we are only a few months on from the first round of gender pay reporting, it is unsurprising that the proposals around pay ratio reporting have particularly caught the media’s attention. Companies triggering the reporting requirement must give careful consideration to how the relevant calculations will be performed, the methodology to be used and the explanations they provide in publishing their pay ratios; particularly given the potential scrutiny their figures and narrative may face from within the workforce, as part of any procurement process and the wider public. Whilst information on directors’ remuneration is already publicly available for quoted companies, publication of pay ratios will draw sharply into focus the pay gaps sitting between those at the very top of an organisation and those lower down. Coupled with the focus on gender pay, it may well provide a spotlight on wider diversity issues. However, experience from the US, where similar provisions have been in place since the beginning of 2018, is that comparing ratios across companies will be difficult and that ratios are likely to differ significantly across industries and sectors.

However, the regulations are less radical than those originally suggested – for example the idea to put workers on company boards was modified and then subsequently dropped in the face of industry pushback and concerns around the feasibility of the initiatives.

These softer disclosure-based reforms therefore give rise to one key challenge: that the new requirements drive change in wider corporate behaviour, and do not just result in boilerplate disclosure and a “box-ticking” mentality – outcomes for which listed companies already subject to wide-ranging disclosure requirements are frequently (often rightly) criticised. 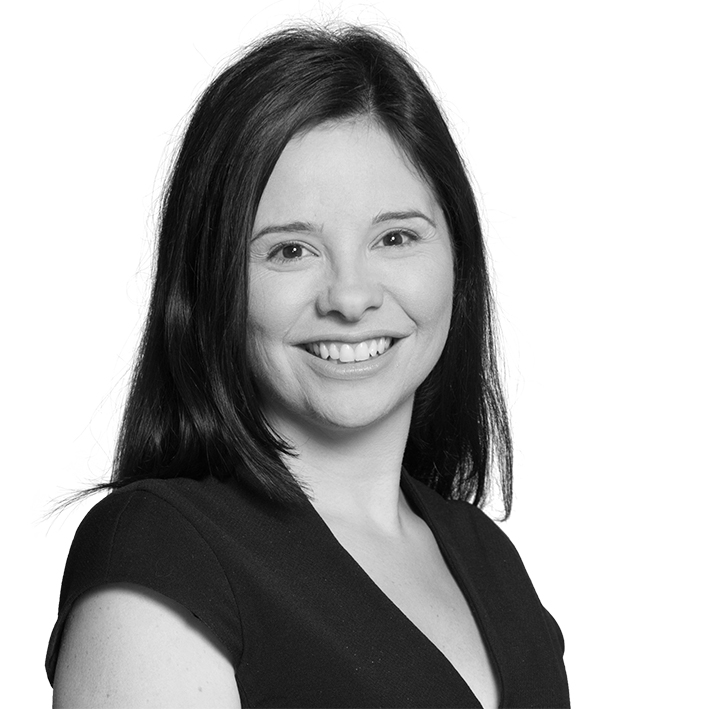 The UK competition watchdog has updated its mergers guidance on jurisdiction and procedure to account for the new regime and...
New -
21/01/2022
Corporate

Green light for the Draft Law amending the revised text of the Insolvency Act, approved by Royal Legislative Decree 1/2020, of 5 May (hereinafter, the "Insolvency Act")

Businesses will be readying themselves for growth and transformation in a year in which the world hopes to move on...
New -
18/01/2022
Corporate