Spain takes first steps in the regulation of renewable hydrogen

An amendment to the Hydrocarbons Law introduces specific regulations on transport networks and infrastructure that apply exclusively to renewable gases. 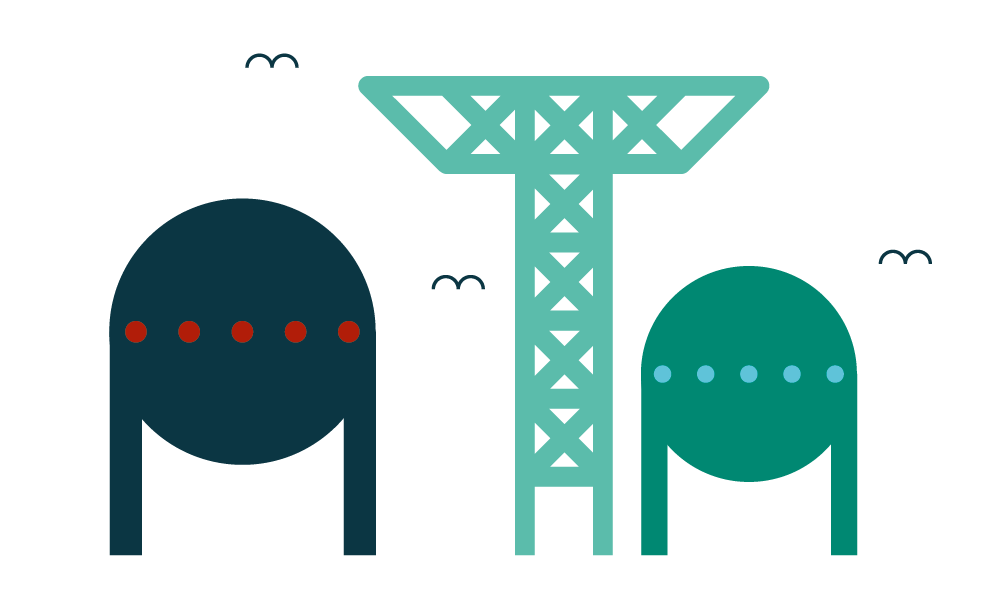 Among the novelties introduced by Royal Decree-Law 6/2022 in the field of energy is an amendment to the Hydrocarbons Law, which introduces specific regulations on transport networks and infrastructure that apply exclusively to renewable gases and, in particular, renewable hydrogen.

The sharp rise in hydrocarbon prices triggered by the negative supply shock caused by the Covid-19 pandemic and the Russian invasion of Ukraine has led the European Union (the EU) to accelerate the transformation of its energy system in order to end its dependence on hydrocarbons.

In this context, the development and promotion of renewable alternative gases to natural gas and, more specifically, renewable hydrogen plays a fundamental role.

The European Hydrogen Strategy, which the Hydrogen Roadmap  published by the Spanish government echoes, establishes three time horizons (2024, 2030 and 2050) for the development of renewable hydrogen.

An initial development phase, from 2020 to 2024, focuses on introducing renewable hydrogen as a substitute for grey hydrogen in those habitual hydrogen consumers. During this initial phase, the investment project model foreseen is the installation of electrolysers next to demand centres formed by several industrial hydrogen consumers.

The Hydrogen Roadmap establishes a series of necessary measures in the regulatory sphere to achieve the established objectives, including facilitating the deployment of hydrogen pipelines that transport renewable hydrogen.

At national level, the first regulatory measures in the regulation of renewable hydrogen were introduced by Royal Decree-Law 6/2022, of 29 March, adopting urgent measures within the framework of the National Response Plan to the economic and social consequences of the war in Ukraine (RDL 6/2022) – for details of the main measures, see our earlier Insight. This made important amendments to Law 34/1998, of 7 October, on the hydrocarbons sector (the Hydrocarbons Law) which relate precisely to the new transport infrastructures required for hydrogen and other renewable gas projects.

Until RDL 6/2022 came into force, there was no specific regulation regarding the transport and infrastructure linked to the transport of renewable gases. However, with the modification of the Hydrocarbons Law introduced by RDL 6/2022, the first milestone in the adaptation and modification of the legislation in force to facilitate and bring closer the achievement of the objectives established regarding renewable gases, and especially in relation to renewable hydrogen, has been consolidated.

RDL 6/2022 amends the existing regulations, incorporating a series of changes to the Hydrocarbons Law, including most notably the modification of the provisions of Article 78, which regulates direct lines, and, in particular, the incorporation of a new thirty-eighth additional provision regulating -called "insulated pipelines".

Modification of the direct line concept

Prior to the entry into force of RDL 6/2022, a direct line was understood to be a gas pipeline complementary to the interconnected network for the exclusive supply of individual consumers. With the entry into force of RDL 6/2022, the definition of direct line is modified, establishing that gas pipelines that are complementary to the gas system and intended exclusively to connect a consumer or producer of renewable gases to the gas system network will be considered as such.

In terms of their characteristics, they are not considered activities of general interest for the purposes of expropriation, and the right of access of third parties to these direct lines is recognised.

RDL 6/2022 introduces a new thirty-eighth additional provision to the Hydrocarbons Law, which incorporates the possibility of developing pipelines and insulated auxiliary installations (that is, not connected to the gas system) for the supply of renewable gases (a concept that includes, among others, renewable hydrogen).

These insulated pipelines and facilities will be all those infrastructures intended for the supply of renewable gases which are not connected to the gas system, and which are not included in the definition of direct lines. In practice, insulated pipelines are the model in which to fit the development of exclusive networks for the supply of renewable gases, as they include those gas or hydrogen pipelines that directly link the producer to the consumer without connecting to the gas network.

With regard to the legal regime for insulated pipelines, they will be considered as activities of general interest, being declared of public utility for the purposes of applying the provisions on expropriation and easements established in the Hydrocarbons Law.

In relation to the processing of this type of facility, authorisation is the responsibility of the autonomous community through which it operates, and in the event that it affects more than one, it is the responsibility of the General State Administration. Depending on certain characteristics of the project, it may be necessary to obtain reports from the Comisión Nacional de los Mercados y la Competencia (CNMC), the Directorate General for Energy Policy and Mines, or the Electricity System Operator.

The right of access by third parties to these insulated pipelines is recognised. This access will, in principle, be negotiated on the basis of the principles of transparency, objectivity and non-discrimination, ensuring the reasonable profitability of the incumbent, but the CNMC is empowered to draw up access criteria if it deems it necessary. In any case, it is possible to reserve part of the capacity of the insulated pipelines for those projects that are particularly linked and that have been developed at the same time, or during the following three years.

The same legal regime applies to the marketing of renewable gases as to the marketing of natural gas. Likewise, and depending on the pressure of the pipelines, the owner of the installations will be considered a natural gas transporter or distributor, with the specificities derived from the fuel supplied. Consumers connected to these insulated pipelines will be subject to the rights and obligations laid down for natural gas consumers.

Finally the changes introduced in the Hydrocarbons Law favour the creation of a dedicated infrastructure for the transport of renewable gases, by means of insulated pipelines, as opposed to the alternative of using the existing gas network. Only insulated pipelines are classified as activities of general interest, being declared to be of public utility for the purposes of applying the provisions on expropriation and easements established in the Hydrocarbons Law, which is not the case with direct lines.

Should you wish to find out more about the new renewable gas regulation contained in Royal Decree Law 6/2022 and its possible implications, please do not hesitate to contact one of our experts listed below or your usual contact at Osborne Clarke.